The battle lines have been drawn, Erdogan vs Israel. Is the Gog and Magog alliance of nations forming before our eyes? This video by Nelson Walters follows on from and supports my previous posts on Daniel 8, concerning the Ram (Iran) and the Goat (Turkey) conflict.

Does the 100 year old Lausanne Treaty expiring in 2023 hold the clue to the nations found in the Gog and Magog alliance of Ezekiel 38? Is the career of Tayyip Erdogan a match for that of Adolph Hitler? Is Erdogan using Hilter’s playbook to rise to power? Watch this Nelson Walters video to find out. You will see Erdogan has no concern for his people, they are pawns in his power play.

If you have not read my previous post ” The Ram of Daniel 8 is pushing West, North and South” posted on the 7th of September then can I suggest you do so before watching this ominous video featuring President Erdogan of Turkey.

As I explained in the previous post, we are already seeing what is prophesied in Daniel 8 about the ram (Iran) pushing West, North, and South. It is already underway and probably will continue, however, the prophecy below from Daniel 8 indicates that Iran’s aspirations to become the dominant Muslim force in the Middle East is short-lived. It should be remembered that Iran is Shia, approximately 10% of Muslims whereas Turkey is Sunni the dominant group of approximately 90%.

“As I was considering, behold, a male goat (Turkey) came from the west across the face of the whole earth, without touching the ground. And the goat had a conspicuous horn between his eyes. He came to the ram (Iran) with the two horns, which I had seen standing on the bank of the canal, and he ran at him in his powerful wrath. I saw him come close to the ram, and he was enraged against him and struck the ram and broke his two horns. And the ram had no power to stand before him, but he cast him down to the ground and trampled on him. And there was no one who could rescue the ram from his power. Then the goat became exceedingly great, but when he was strong, the great horn was broken, and instead of it there came up four conspicuous horns toward the four winds of heaven.” Daniel 8:5-8

Listen to President Erdogan voice his ominous warning to all who stand in Turkey’s way to be a revived Ottoman Empire and to be “the last of army of Islam”.

In the video below Joel Richardson provides an update on events unfolding in Saudi Arabia and how that affects the prophesied next Next Middle East Wars in Daniel 8. Probably, the next prophesied event on the last days calendar is Iran’s invasion (two horned ram in Daniel 8:20) north, west and south (“I watched the ram as he charged toward the west, and the north and the south. No animal could stand against him and none could rescue from his power. he did as he pleased and became great.” Daniel 8:4). Iran has already moved into Syria, Iraq and Lebanon and Israel is aware and reacting as this report from Arab Media acknowledges.

According to Arab media, Israel has increased the frequency of its military activity in Syria, specifically, to prevent Iran from gaining a permanent foothold in the country.

The Israel Air Force recently struck four Iranian facilities, including a well-publicized attack last month on an installation located in Al-Kiswah, just south of the Syrian capital where Tehran is believed to have been constructing a weapons depot.

Additionally, Israeli jets targeted sites in Hisya, near Homs, Jamariya, west of Damascus and Masyaf. The facilities are reportedly involved in military research, the production of surface-to-air missiles—which could threaten Israel’s air superiority—and function as personnel bases. The report says that Iran has started to build installations within civilian industrial areas, leading security experts to assume that Tehran is attempting to hide the existence of such centres in order to shelter them from attack. 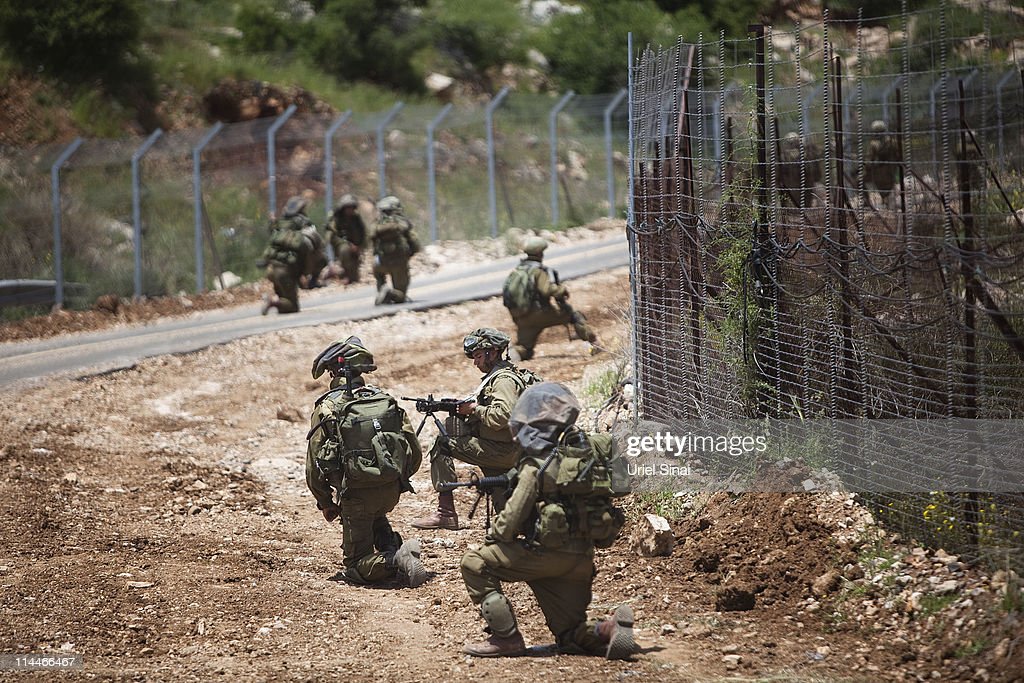 The development is drawing parallels to Iran’s strategy in Lebanon, where its proxy the Hizbullah terrorist group has built offensive capabilities within towns and villages in proximity to the border with Israel. Jerusalem has repeatedly vowed to prevent Iran from establishing any military infrastructure in Syria, especially within the Golan Heights, which could be used to open up another front against Israel in a future conflict with Hizbullah.

Concern is growing that Tehran could be compelled to strongly retaliate should its Syrian assets continue to be targeted. (Medialine)

This is a very serious matter requiring ongoing intercession privately and in your prayer groups. Israel’s northern borders are endangered by numerous enemies. The strongest and potentially most dangerous are the Lebanon-based Hizbullah terrorist group—heavily backed by Iran—and Iran itself that is embedding its military resources in Syria. Iran has threatened numerous times to “wipe out Israel.”