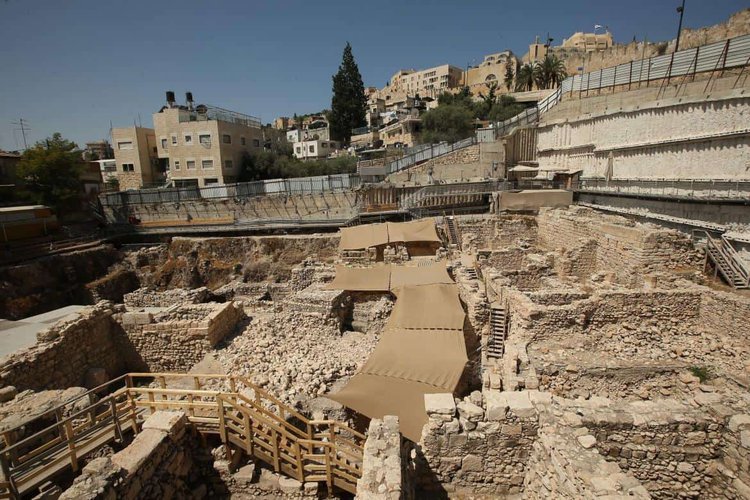 “He shall be a wild ass of a man; His hand against everyone, And everyone’s hand against him; He shall dwell alongside of all his kinsmen.” Genesis 16:12

The descendants of Ishmael are acting exactly as predicted in Biblical prophesy. Erdogan is intent on reestablishing the Ottoman Empire when Turkey ruled all of the surrounding Muslim countries. Moreover, of all the Muslim countries it is the most powerful, with an army of 350,000 active personnel and 360,500 reserve personnel and its Air Power similar in numbers to Israel.

The Turkish president called for an emergency session of of the Organisation of Islamic Cooperation (OIC) in Istanbul to be held on Friday to discuss the situation in Gaza. A massive anti-Israel rally is also scheduled to be held concurrently in Taksim Square in Istanbul.

On Monday, a six week Hamas-led protest-turned-riot culminated with 35,000 Palestinians challenging the security fence and approximately 60 Palestinians killed. Erdogan was quoted in the press as saying that Israel is a “a terror state” that has committed “a genocide.”

“Israel is wreaking state terror,” Erdogan said in a speech to Turkish students in London broadcast by state television. “Israel is a terror state. What Israel has done is a genocide. I condemn this humanitarian drama, the genocide, from whichever side it comes, Israel or America.”

The Middle East Media Research Institute, released a compilation of videos following Monday’s confrontations that give a much different perspective.

The videos show members of the tire-burning and wire-cutting units saying their highest aspiration is to die for the sake of Allah, to cut the Zionist enemy’s main barbed-wire fence and take it down with “the fingernails of their children.'”

One tribal leader declared that the Palestinian people will liberate its land with blood, women and children.

Israeli UN Ambassador Danny Danon called this a Palestinian cycle of death. “First, they incite people to violence. Then, they place as many civilians as possible – including women and children – in the line of fire to maximise civilian casualties. Then they blame Israel, and then they come here to complain to the UN,” Danon said.

Also, undaunted, Israeli Prime Minister Benjamin Netanyahu responded to Erdogan , issuing a statement that “Erdogan is among Hamas’s biggest supporters and there is no doubt that he well understands terrorism and slaughter. I suggest that he not preach morality to us.”

There is only one possible end to the Satanic inspired hatred of the Jews and it is prophesied in God’s Word.

JESUS OUR SAVIOUR IS ISRAEL’S GREATEST BLESSING TO THE WORLD

But it doesn’t end there, while Israel takes up only a small sliver of land and has a population of less than 10 million, its citizens remain the world’s innovators in technology, medicine, education,  business, and the list goes on!

Imagine a nation that takes up less space than the state of New Jersey producing 22% of the world’s Noble Prize winners, which is a whopping 11,250% above the statistical probability. Or fathom a country that has been in a near-constant state of war with other nations in the region since its establishment, is under constant and even increasing persecution and now business boycotts from major organisations. Yet, it has produced more tech startups in absolute numbers than any other nation besides the US and China. It’s not hard to dream up a country like this…because it exists: Israel.

Prepare to be blown away by the sheer volume of records broken and accomplishments achieved by the State of Israel.

However, they are still to recognise Jesus as their Messiah as described in Zechariah 12:10:

“And I will pour on the House of David and on the inhabitants of Jerusalem the spirit of grace and supplication; then they will look on Me whom they have pierced; they will mourn for Him as one mourns for his only son, and grieve for Him as one grieves for a first born.”