God is in the healing business. He provided you with your immune system. It heals your body of disease. However, on occasions, as this atheist cancer doctor discovered God does answer prayer with miraculous healing.

This article published in USA Today: Cancer Doctor Was an Atheist but Now Has ‘Profound Faith’ After Investigating Power of Prayer to Heal.

A longtime cancer doctor believes prayer can be powerful and effective at healing the afflicted, sharing in a recently-published USA Today opinion piece how his investigation into invocations (the act of calling upon God (Holy Spirit) for healing) led him from “being a scientifically based ’empirical’ atheist to someone with a profound faith.”

Dr. Gary Onik said he has “encountered at least one terminal cancer patient who was healed by a worldwide prayer effort on his behalf,” and shared his journey of investigating how prayer can help the afflicted.

It was the aforementioned case that led Onik to think deeper on the matter.

“Rather than dismiss this miracle as inconsistent with my empiric and rationally based training, it made me consider how the new scientific knowledge of quantum physics and human consciousness might support the idea of prayer-facilitated healing,” he wrote.

Onik spent a decade looking at how prayer and science might coalesce, and then found himself facing his own terminal prostate cancer diagnosis. Like many others, he had a choice: to seek prayer — or not.

Based on Onik’s research, he said he “knew that prayer had to be a major component” of his own treatment. He decided to seek prayer, so he posted a video and people from all over the world — and from a diversity of beliefs — reached out to offer invocations.

Onik decided to avoid surgery for his cancer, which had spread to his lymph nodes and bones, and instead relied on prayer and a special immunotherapy regime he created.

“It is now three years since my diagnosis,” he wrote. “Prayer combined with immunotherapy treatment has left me free of metastatic cancer and potentially cured.”

Onik’s not sure he would have been healed without prayer, but there’s one thing he is certain of: prayer is important, especially when it comes to cancer.

As Faithwire previously reported, the benefits of faith continue to be shown in scientific studies. For instance, a new Gallup poll found better mental health trends among Americans who routinely attend worship services.

Christians, though, know the power of prayer, as the Bible repeatedly implores believers to seek the Lord in this way. 1 Thessalonians 5:16-18 (NIV) reads, “Rejoice always, pray continually, give thanks in all circumstances; for this is God’s will for you in Christ Jesus.”

This is what Francis Chan had to say about prayer and miraculous healing on a mission trip to Myanmar. His experiences of the miraculous with his wife and family have changed them. They could never go back to the old life regardless of how comfortable it was.

“There’s no way I can communicate to you how much peace I felt,” Chan stressed. “I am sharing the Good News with a village of people who have never heard of this before. I can’t tell you how right it felt.”

Later in his message, Chan revealed that while in the village he asked God to help him heal those suffering.

“I’m going, ‘God, please, please hear,’” he recalled. “People started coming forward for healing.” “Every person I touched was healed,” “I have never experienced this in 52 years. I’m talking like a little boy and a little girl who were deaf. We laid hands, she starts crying and smiling. These are not Christians who have even heard about Jesus, and she’s freaking out. We lay hands on her little brother, we lay hands on him, and he starts hearing for the first time.” Chan admitted that the entire process was out of his “comfort zone,” adding, “This is stuff I’d read about, but I’m going, ‘Man, it happened. It happened.’ Stuff left and right.” “I thought I had faith, but my faith was at another level, and I think there are some things that contributed — some of it was just faith in His word, that when Jesus says, ‘I am in you and you are in Me,’ to take that literally,” he declared.

There is no doubt in my mind that in these “last days” before Jesus returns that if we step out in faith and do what God is calling us to do that we will see God’s miraculous power at work just as Francis Chan did, whether it is healing or any of the other eight gifts of the Spirit.,

Are you a spiritual foodie? Chan challenges.

An upcoming documentary film examines medical evidence of miracle healings to challenge sceptics and close the gap between the hard sciences and the supernatural.

The “SEND PROOF” documentary by filmmaker Elijah Stephens explores the ways in which miracle claims can be corroborated by looking at X-rays, MRI scans and other follow-up medical examinations. In the film, he interviews evangelical scholars and some of the most prominent voices in Pentecostal and charismatic Christian circles.

Stephens worked closely with the Global Medical Research Institute and interviewed board-certified doctors, scientists, an atheist medical historian who believes in miracles, and some of the leading sceptic and atheist voices who assert that, when examined closely, miracles never withstand empirical scrutiny.

Stephens’ personal journey through his own doubts and the intellectual journey he took is interwoven in the storyline. At one point in the film, he recounts how frustrated he became with the idea of making the movie even as he felt God calling him to do it. The movie explains how, in 2015, he was at his house and his friends started texting him saying that Shawn Bolz, a prophetic minister who was speaking at Bethel that day called out his name from the stage. Stephens immediately jumped in his car and high-tailed it to the church.

When he arrived, Bolz, who had never met Stephens prior to that day and knew nothing of his filmmaking aspirations, gave him a stunningly accurate word, telling him that the Holy Spirit was breathing on the project and how it was going to impact medical professionals and others.

For Christians who are hesitant to embrace charismatic theology and practice, the filmmaker hopes that the contributions from biblical scholars like Craig Keener of Asbury Theological Seminary, J.P. Moreland of Talbot School of Theology (Biola University), and Gary Habermas of Liberty University will lead them to reconsider what they believe about the supernatural. 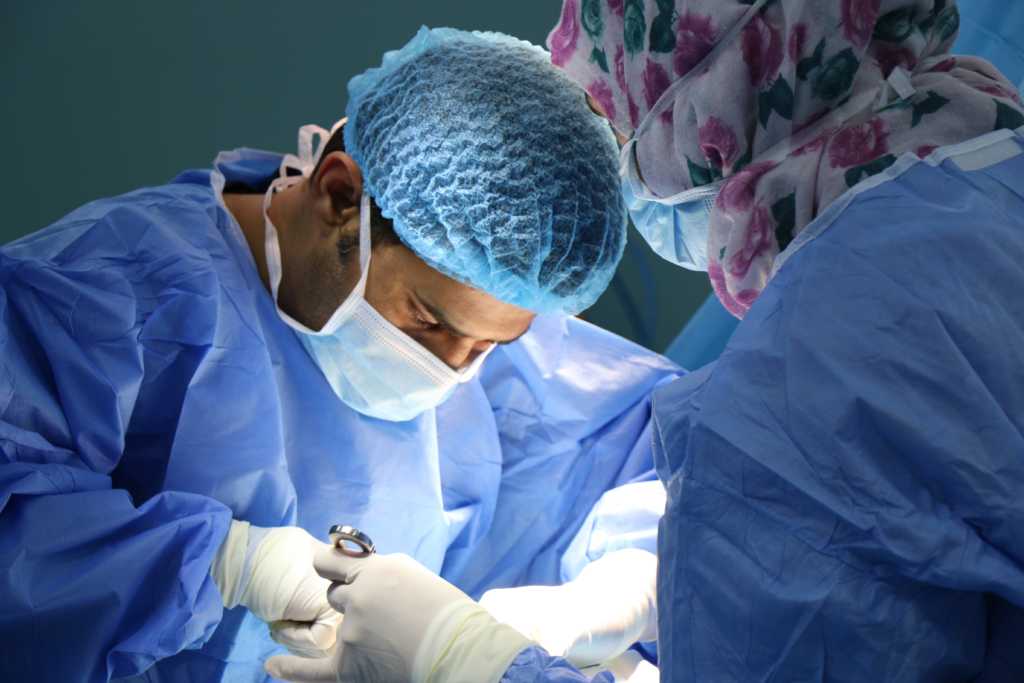