The Pope is like the Pharisees and Sadducees of Jesus’ day. Despite the 300 prophecies of Jesus first coming they could not make the connection that Jesus was their long-awaited Messiah. Likewise, despite there being 1800 O.T. and at least 200 N.T. prophecies of Jesus’ second coming to rescue Israel and establish His Millennial reign from a new Jerusalem, the Pope sides with Abbas pushing for a two-state solution. Moreover, he obviously has no concern for the Palestinian Christians.

“And the Lord has declared today that you are a people for His treasured possession, as He has promised you, and that you are to keep all His commandments, and that He will set you in praise and in fame and in honor high above all nations that He has made, and that you shall be a people holy to the Lord your God, as He promised.” Deuteronomy 26:18-19

Palestinian Authority President Mahmoud Abbas visited the Vatican on Thursday where he had a private audience with Pope Francis.

A Vatican press release described the talks as “cordial” and called for renewed peace talks towards a two-state solution.

“With regard to the peace process between Israelis and Palestinians, it was stressed that it is absolutely necessary to reactivate direct dialogue in order to achieve a two-state solution, also with the help of more vigorous effort on the part of the international community,” the statement said.

“Lastly, it was reiterated that Jerusalem must be recognised by all as a place of encounter and not of conflict and that its status must preserve its identity and universal value as a Holy City for all three Abrahamic religions, also through a special internationally guaranteed status,” it added.

The Vatican recognized “The State of Palestine” in 2013. Later that year, Abbas made waves during a Christmas message when he insisted that Jesus was a Palestinian. While Israel criticized Abbas’ remarks, church officials were strangely silent.

Pope Francis recently announced he would visit Iraq for the first time in early March, 2021. He is scheduled to visit Baghdad, the southern city of Ur and the Christian heartland of Nineveh province.

Iraq’s Christian community has witnessed years of conflict and targeted attacks, forcing many to flee. From 1.4 million three decades ago, its population has come down to an estimated less than 400,000.

Days before Christmas, the Muslim-majority country’s parliament announced that Christmas will now be an annual national holiday.

The Pope’s announcement has sprung hope in Karemlash, a predominantly Christian town on the Nineveh Plains about 18 miles southeast of Mosul and which was once held by the Islamic State terror group.

“We hope this visit can prevent demographic change, preserve the identity of our region, and prompt the government to seriously start rebuilding our areas,” St. Adday’s priest, Fr. Thabet al-Mekko, said, according to AFP. “We’ve started the countdown. We need to feel closer to the Christian community in the rest of the world.”

Responding to the pope’s announcement, Zuhair Mansour, a 50-year-old school principal in Karemlash, said, “It could be the step in building peace in this wounded country.” Martin Banni, the priest at the Church of the Assumption of the Virgin Mary in Baghdad, called the pope’s decision “a great, wonderful Christmas gift.”

Pope Francis, who has previously called for a “one-world government” to “save humanity”, signed in 2019 a historic covenant with leaders of the world’s major faiths, pushing us much closer to a one-world religion.

Is this proposed visit by Pope Francis to Iraq in March 2021 one step closer to the biblical “end times” one world religion? Could he be the false prophet? If he is we know his end.

“And the beast (Antichrist) was captured and with it the false prophet who in its presence had done the signs by which he deceived those who had received the mark of the beast and those who worshiped its image. These two were thrown alive into the lake of fire that burns with sulfur.” Revelation 19:20

Pope Francis has set about uniting all faiths, many times he has said that all major religions are meeting God in different ways. Prophecy reveals that in the end times the False Prophet will lead a one world religion. Could Pope Francis, the current leader of over 1 billion Catholics, be a likely candidate?

In February of this year about 135,000 attended the Mass led by Pope Francis in Zayed Sports City stadium in Abu Dhabi, the capital of the United Arab Emirates, Catholics from about 100 nations were expected to attend the Mass, along with about 4,000 Muslims, including government officials, organisers said. As mentioned, we should not be surprised as the pope has said many times that all major religions are meeting God in different ways. This is apostasy of the first order. Jesus said, “I am the way the truth and the life. No one comes to the Father except through Me” John 14:6

In the video below FR. JOSEPH FESSIO, SJ, founder and editor of Ignatius Press provides his analysis on World Over of a new open letter signed by a growing number of Catholic theologians accusing the Pope of heresy.

Summary of the open letter to bishops as presented by the authors themselves:

The Open letter to the bishops of the Catholic Church is the third stage in a process that began in the summer of 2016. At that time, an ad hoc group of Catholic clergy and scholars wrote a private letter to all the cardinals and Eastern Catholic patriarchs, pointing out heresies and other serious errors that appeared to be contained in or favoured by Pope Francis’s Apostolic Exhortation Amoris laetitia.

The following year, after Pope Francis had continued by word, deed, and omission to propagate many of these same heresies, a ‘Filial Correction’ was addressed to the pope by many of the same people, as well as by other clergy and scholars. This second letter was made public in September 2017, and a petition in support of it was signed by some 14,000 people.

The present Open letter to the bishops of the Catholic Church goes a stage further in claiming that Pope Francis is guilty of the crime of heresy.

This crime is committed when a Catholic knowingly and persistently denies something which he knows that the Church teaches to be revealed by God. Taken together, the words and actions of Pope Francis amount to a comprehensive rejection of Catholic teaching on marriage and sexual activity, on the moral law, and on grace and the forgiveness of sins.

The Open letter also indicates the link between this rejection of Catholic teaching and the favour shown by Pope Francis to bishops and other clergy who have either been guilty of sexual sins and crimes, such as former Cardinal Theodore McCarrick, or who have protected clergy guilty of sexual sins and crimes, such as the late Cardinal Godfried Danneels. This protection and promotion of clerics who reject Catholic teaching on marriage, sexual activity, and on the moral law in general, even when these clerics personally violate the moral and civil law in horrendous ways, is consistent enough to be considered a policy on the part of Pope Francis. At the least it is evidence of disbelief in the truth of Catholic teaching on these subjects. It also indicates a strategy to impose rejection of these teachings on the Church, by naming to influential posts individuals whose personal lives are based on violation of these truths.

The authors consider that a heretical papacy may not be tolerated or dissimulated to avoid a worse evil. It strikes at the basic good of the Church and must be corrected. For this reason, the study concludes by describing the traditional theological and legal principles that apply to the present situation.

The authors respectfully request the bishops of the Church to investigate the accusations contained in the letter, so that if they judge them to be well founded, they may free the Church from her present distress, in accordance with the hallowed adage, Salus animarum prima lex (‘the salvation of souls is the highest law’). They can do this by admonishing Pope Francis to reject these heresies, and if he should persistently refuse, by declaring that he has freely deprived himself of the papacy. 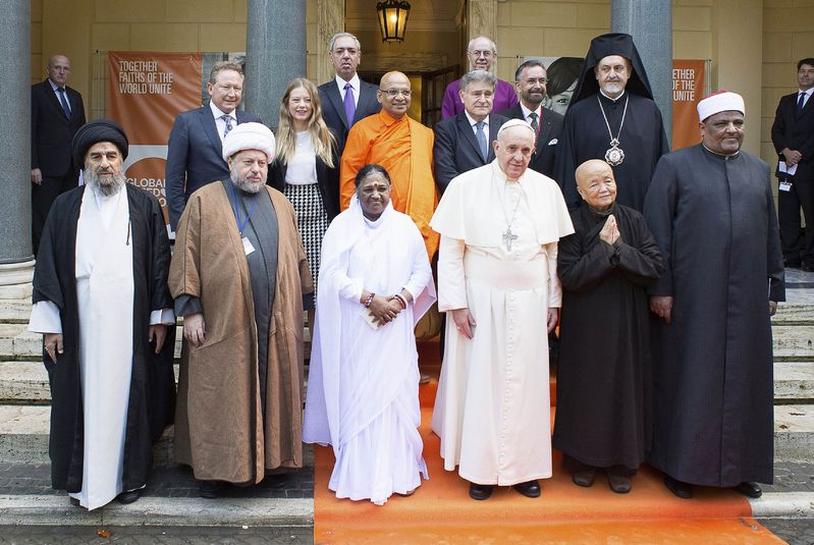