And he told them a parable to the effect that they ought always to pray and not lose heart. Jesus said, “In a certain city there was a judge who neither feared God nor respected man. And there was a widow in that city who kept coming to him and saying, ‘Give me justice against my adversary.’ For a while he refused, but afterward he said to himself, ‘Though I neither fear God nor respect man, yet because this widow keeps bothering me, I will give her justice, so that she will not beat me down by her continual coming.’”

And the Lord said, “Hear what the unrighteous judge says. And will not God give justice to his elect, who cry to him day and night? Will he delay long over them? I tell you, he will give justice to them speedily. Nevertheless, when the Son of Man comes, will he find faith on earth?” Luke 18:1-8

This story by Miguel Lau of International Justice Mission demonstrates the need to persist in prayer, no matter what, until God provides an answer. Check out their website http://www.ijm.org.

Miguel Lau recounts how after a year and a half of opening the Bangkok I.J.M. field office our team had yet to get a first rescue. Our staff had already done everything they could. And then they committed to pray.

I felt like the parable of the persistent widow in Luke 18 was speaking directly to us—to me. So, we decided to pray, every day, until we got our first rescue. We would just keep knocking. No matter what.

One of the spiritual disciplines we follow at International Justice Mission is daily prayer as an office. In the midst of work that can be so heavy, prayer allows us to shine light on even the darkest of challenges. So, every day in prayer I would raise my hand, ask for prayer and sit back down. At the beginning, I tried to come up with something encouraging or exciting to tee up the prayer. But I quickly realized that was mostly for me. And most days I did not have anything exciting to report. I just had the commitment to pray. So, many days all I said was “Please keep praying for breakthrough in Bangkok.”

To be honest, there were a lot of days where I did not want to pray. When I thought about everyone looking at me expectantly as I stood up during prayer—all of the people who worked so hard on the relationship with the grant foundation and the government, all of the people who sacrificed long hours helping us get set up, and all of the people trusting us with each decision to achieve this mission—and all I had to say was “please keep praying for Bangkok,” I did not want to pray. I felt like we were failing. I felt like I was annoying. But we had to keep knocking. God told us to keep knocking.

We did have some victories, including our first two arrests and convictions and a third grant to keep operations going. But we still did not have a rescue. So we kept praying. Every day.

Finally, on Wednesday, July 17, 2019 at approximately 9 p.m. Bangkok time, after four long years trapped and abused, the police and our team rescued a young man from the ship he was trapped on. The first rescue on a ship for our Bangkok team.

We had prayed for 15 months. And God had answered.

Not only that, but a second rescue came a week later. Again, God answered our prayers. 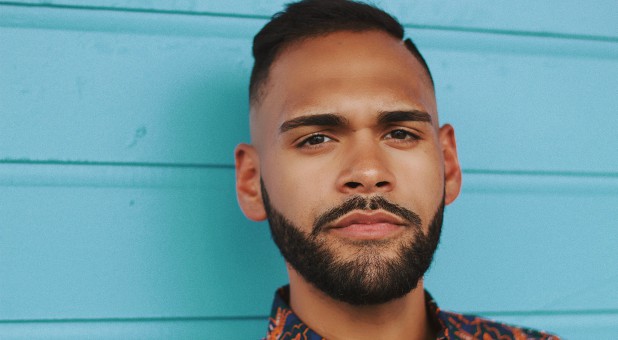