Apostle Paul explains the timing of the Rapture in 2 Thessalonians 2 so clearly and yet many recognised scholars willfully deny the truth. This scripture clearly contradicts their doctrine that nothing has to happen before the rapture happens. The Rapture does not happen until after the Antichrist takes his seat in the temple and declares he is God.

“Now concerning the coming of our Lord Jesus Christ and our being gathered together to him… Let no one deceive you in any way. For that day will not come, unless the rebellion comes first, and the man of lawlessness is revealed, the son of destruction, who opposes and exalts himself against every so-called god or object of worship, so that he takes his seat in the temple of God, proclaiming himself to be God.” 2 Thessalonians 2:1,3-4

Why is this so important? It means that Christians will go through tribulation, even great tribulation that the Antichrist unleashes on all those people that will not take his mark. Jesus also tells us that the tribulation will be great but for the elect “those days will be cut short”. He also tells us that the Gospel of the Kingdom will be proclaimed throughout the whole world and only then will the end come so Saints we need to be busy proclaiming the Gospel.

“For then there will be great tribulation, such as has not been from the beginning of the world until now, no, and never will be. And if those days had not been cut short, no human being would be saved. But for the sake of the elect, those days will be cut short.” Matthew 24:21-22

“Then they will deliver you up to tribulation and put you to death, and you will be hated by all nations for my name’s sake. And then many will fall away and betray one another and hate one another. And many false prophets will arise and lead many astray. And because lawlessness will be increased, the love of many will grow cold. But the one who endures to the end will be saved. And this gospel of the kingdom will be proclaimed throughout the whole world as a testimony to all nations, and then the end will come.” Matthew 24:9-14

This important new documentary, Seven Pretribulation Problems and the Prewrath Rapture, identifies seven flaws in pretribulation rapture theology. Identifying the problems, however, does not stop there as this documentary responds compellingly to these pretribulation problems with seven prewrath answers. This documentary marshals leading biblical prophecy teachers who walk through each of the seven problems, answering them with sound biblical investigation!

There is a lot of information in this presentation. You will need to make notes and may need to pause the video on many occasions so you can at least note the scriptures. I suggest that you will need to watch this video several times to enable you to make the case yourself for the PreWrath position.

“And this gospel of the kingdom will be preached throughout the whole inhabited earth as a testimony to all the nations, and then the end will come” Matthew 24:14

The event Jesus is referring to hear may well be the angel who God commissions to preach the gospel to those who dwell on the earth – to every nation, tribe, tongue and people – 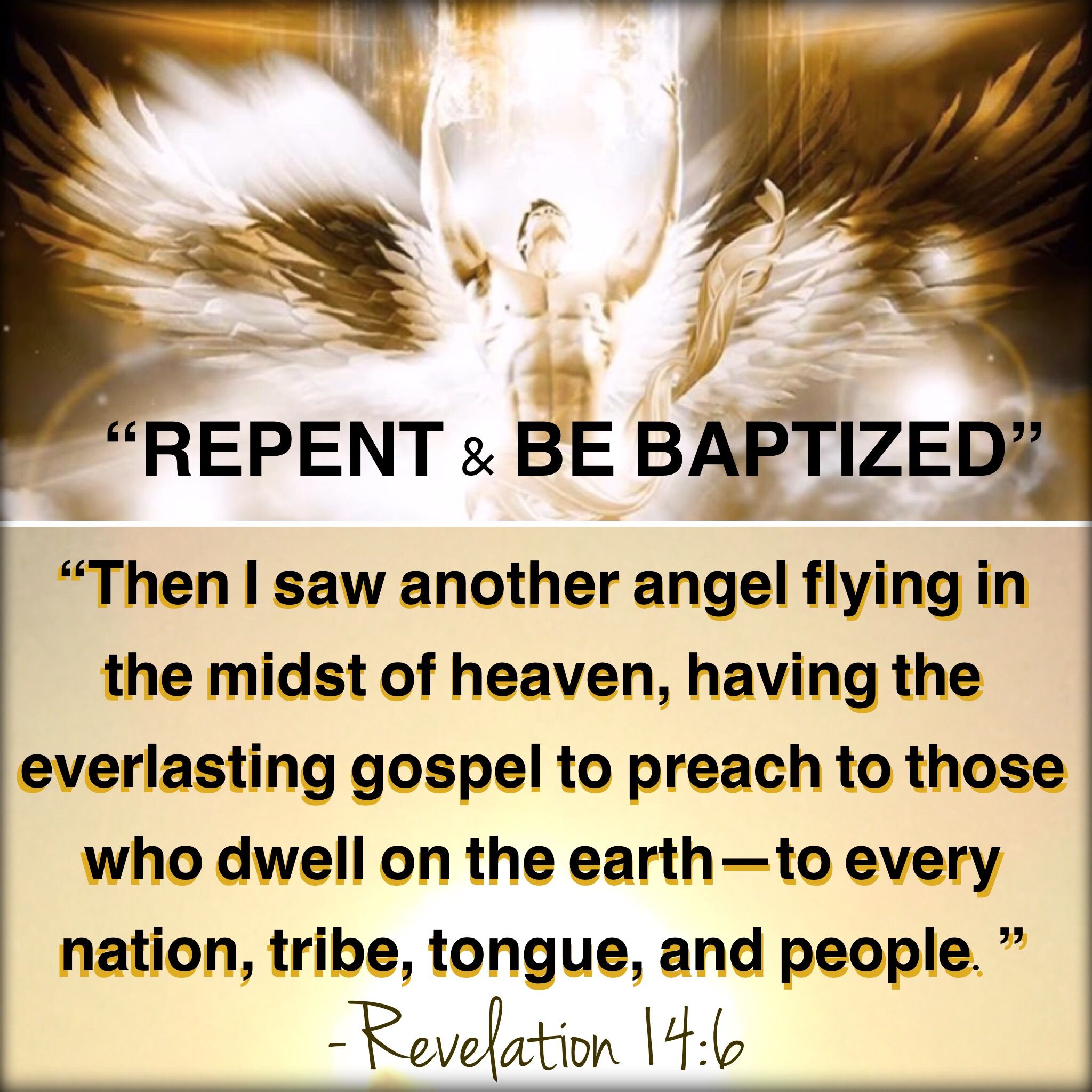 God sends out three angels before the wrath of God is poured out with the trumpet and bowl judgements. The third angel likewise tells all those who dwell on the earth the consequences of taking the mark of the beast.

“Then a third angel followed them, saying with a loud voice, “If anyone worships the beast and his image, and receives his mark on his forehead or on his hand, he himself shall also drink of the wine of the wrath of God, which is poured out full strength into the cup of His indignation. He shall be tormented with fire and brimstone in the presence of the holy angels and in the presence of the Lamb.” Revelation 14: 9-10

The church will not be raptured until the three angels deliver their messages to all the world. Five words demonstrate this point: “then the end will come” (Matt 24:14). The church will not be removed until this prophecy is fulfilled. It is simply another prophetic event that undermines an any-moment return of Jesus prior to Christians experiencing the Antichrist and tribulation.

On a related noted, having established that the church will be present on earth up to the end of the age in verse 14, notice in verse 15 Jesus says, “Therefore [oun] when you see the abomination of desolation…” The interpreter should not miss that Jesus has the same audience in view after verse 14. In verse 15, Jesus begins to describe the Antichrist’s great tribulation in more detail. There is no justification to claim that the referent “you” in verse 15 and afterwards is different from the “you” before verse 14. In other words, the disciples, who represent the new community of God (i.e. the church) will be on earth to see the Antichrist declare himself to be god and be the recipients of the tribulation even great tribulation that the Antichrist will inflict on Jews and Christians at that time.

Dr Douglas Hamp has a special guest Alan Kurschner on his programme, The Awakening Report to discuss reasons why a Prewrath Rapture best fits Scripture and all of the problems with PreTrib and MidTrib rapture positions. Most of you know I support Alan’s PreWrath view of The Rapture of Christians prior to Jesus return to rule and reign from Jerusalem in the Millennium. Douglas Hamp has realised the PreTrib position is not Biblically tenable but is yet to decide on PreWrath versus Post Trib positions. I am confident that you will find this video instructive as did Douglas. He intends to have Alan back on his programme at some future date.

David Rosenthal, Director of Operations at Zion’s Hope, discusses the epic events which will take place in a brief, but crucial interval between the breaking of the sixth and seventh seals around the scroll in the Book of Revelation.

Before God’s wrath and fury rains down upon a sinful and unrepentant humanity during the Day of the Lord, 144,000 Jews will be sealed for protection and a great multitude of faithful followers of Jesus Christ will be gloriously resurrected or raptured.

Dr Rosenthal has produced three videos in this series, so if you are inspired by this video which is the third, then I suggest you check out http://www.zionshope.org to access the first two videos. Also please share these videos with your friends and family!

The debate between pretribulation and prewrath rapture scholars about Paul’s second letter to the Thessalonians has been fierce – mostly centred around 2 Thess. 2:3 and the meaning of the Greek word apostasia.

Dr Nelson Walters of Gospel in the End Times has written about that passage at length in his book Rapture: Case Closed?  However, he points out in this presentation that very little discussion has taken place about the passage that precedes 2 Thess. 2 and provides its “context,” that is 2 Thess. 1. The eschatological material in chapters one and two are really one continuous teaching! We cannot understand chapter two without understanding chapter one that provides introductory thoughts on the more hotly contested chapter.

Nelson does a stellar job of presenting the Prewrath case for the timing of the Rapture in this seven minute video.

Once again Nelson does a great job of challenging us all about the state of the church in these last days. What is the state of your church? Has it compromised with the worlds values? How many in your church are actually born again? Is it even discussing Jesus Second Coming and prophesied tribulation at that time?

Increasingly, this site will focus on prophesied end times as they unfold in our time. The aim, to equip believers to use prophecy in evangelism. As I have mentioned in previous posts, there are far more prophecies about Jesus Second Coming than there were about His First coming. All the OT prophets were given a picture of a restored Israel with Jesus (descendant of King David) ruling and reigning from Jerusalem.

Isaiah, Daniel, Ezekiel, Nehemiah, Zechariah, and Micah are all stand outs for me in providing us with pictures of future “end times” events. All through Isaiah we get snippets of Jesus ruling from Jerusalem. As early as Isaiah 2, we read “Now it shall come to pass in the latter days, that the mountain of the Lord’s house shall be firmly established above other mountains, and exalted above the hills; and all nations shall flow to it. Many people shall come and say, come, and let us go up to the mountain of the Lord, to the house of the God of Jacob; He will teach us His ways, and we shall walk in His paths. For out of Zion shall go forth the law, and the word of the Lord from Jerusalem. He shall judge between the nations, and rebuke many people; they shall beat their swords into ploughshares  and their spears into pruning hooks; Nation shall not lift up sword against nation, neither shall they learn war anymore”. Isaiah then goes on to paint a picture of The Day of the Lord when the Lord alone will be exalted on that day, everything proud and lofty, everything lifted up will be brought low.

As Nelson Walters states in this important video, the timing of the Rapture is not just a theological debate, its timing is critical, in terms of whether the church will face the tribulation, and even great tribulation outlined in Daniel’s 70th week. In the Olivet Discourse (Matthew 24, Mark 13, Luke 21), Jesus gave His disciples and us, a lot of information about His Second Coming. He said, many times, WATCH, BE ALERT, for it will be like the days of Noah, they will be eating, sleeping etc and suddenly, He will appear in the clouds with the angels and every eye will see Him, believers will be taken up, but most look for rocks to hide under. God then pours out His wrath upon the unrepentant in the Trumpet and Bowl Judgements.