Another excellent video from Nelson Walters of The Gospel in the End Times.

Jesus said his coming would be like the Days of Noah, that unbelievers would be living relatively normal lives up to that point. Do the details of the Flood account along with Daniel’s 70th Week give us an idea of how long the wrath of God is? Watch this video to learn from Nelson’s explanation from important but less explored Scriptures relating to the timing of events prior to Jesus second coming.

The California Assembly approved a bill 50-18 that tells churches and other[s] with traditional beliefs about gender and sexual orientation that advocating for their views could get them sued.

AB 2943, declares ‘advertising, offering to engage in or engaging in sexual orientation change efforts with an individual’ is illegal under state’s consumer fraud law.” Note carefully the vote in the Assembly was 50 to 18 in favour of the bill. Talk about insane. 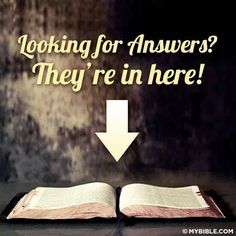 On April 17, David French noted that this bill “would actually—among other things—ban the sale of books expressing orthodox Christian beliefs about sexual morality. “Yes, ban the sale of books. What about banning the best selling book of all time – The Bible?

Perhaps those truly born again in the church will now see the utter intolerance of the radical left, but we know from Scripture that in the last days there will be a great falling away in the church. Jesus said, that even the elect will be deceived.

Thank goodness for Bible Prophecy, which besides being the ultimate truth of Holy Spirit inspiration of God’s Word, it tells us that when we see the events that are unfolding in our time, that we are approaching the last seven years prior to Jesus return (Daniels 70th Week). In the Olivet Discourse, Jesus tells us that Christians will experience tribulation and even see the Antichrist, “Therefore, when you see the abomination of desolation, spoken of by Daniel the prophet, standing in the holy place ” (Matthew 24:15).

Are we ready? Is the church even talking about these end times prophecies and the coming tribulation?

“Seventy weeks are determined upon the people and upon the holy city, to finish the transgression, and to make an end of sins, and to make reconciliation for iniquity, and to bring in everlasting righteousness, and to seal up the vision and prophecy, and to anoint the most Holy. Know therefore and understand, that from the going forth of the commandment to restore and to build Jerusalem unto the Messiah, the Prince shall be seven weeks, and threescore and two weeks.” Daniel 9:24-25

What an amazing prophecy!

Remember, Satan tried to stop this prophecy being delivered to Daniel by Gabriel. No wonder, as it predicts both the first and second coming of Jesus. At His second coming, first, to raise the dead in Christ and rapture the Saints, and then, to return with the Saints to rescue Israel and to rule and reign for one thousand years. It clearly states that at the end of the seventy weeks, almost all prophecy will be completed, all sin atoned for, and an everlasting righteousness achieved for those who are in Jesus.

Can you see the connection between Daniel’s prophecy and Jesus statement in Matthew 18:21?

Then Peter came to Him, and said, “Lord, how often shall my brother sin against me, and I forgive him? till seven times? “Jesus said to him, I do not say to you, up to seven times, but up to seventy times seven.” Matthew 18:21-22 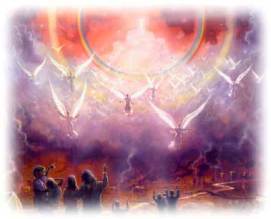 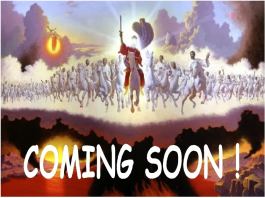 God declares the end (REVELATION) from in the beginning (GENESIS).