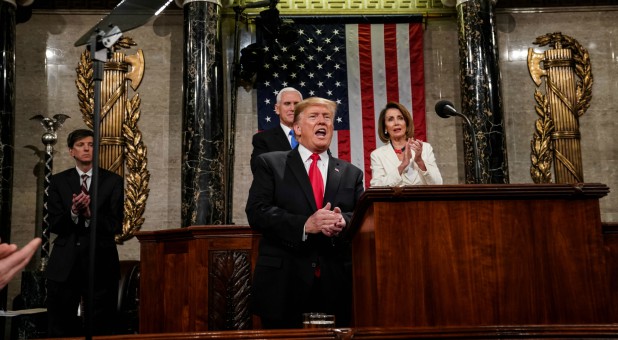 And yet, our educational establishments lead the way with this foolishness. clinging to the notion that nothing can produce something, even more obtuse, a big bang can produce the complex universe in which we live.

Our children are taught there is no right or wrong, no meaning or purpose in life, despite the fact that our Creator God has revealed the true history of the universe through His prophets, His covenant people Israel, His Word, and finally stepping into history just over 2,000 years ago as the God/Man, Jesus Christ. Is it any wonder that false science is now a major problem when people call evil good and good evil.

The Bible gives us an accurate record of this world and even more important reveals to us the end of the story. Twenty five percent of the Bible is prophecy and just as it accurately predicted Jesus first coming to earth, it also tells us of His second coming. Moreover, the events unfolding on earth at this time indicate we are fast approaching the final seven years prophesied by Daniel in the 70 Weeks prophecy (Daniel 9:24).

It is now inconceivable to think that nations would repent of their past godless actions as President Abraham Lincoln  did just one hundred years ago. His April 30, 1863, call expressed timeless sentiments that remain applicable to us today, including:

“It is the duty of nations as well as of men to own their dependence upon the overruling power of God; to confess their sins and transgressions in humble sorrow, yet with assured hope that genuine repentance will lead to mercy and pardon; and to recognise the sublime truths announced in the Holy Scriptures and proven by all history that those nations only are blessed whose God is the Lord.
. . . We have been preserved these many years in peace and prosperity. We have grown in numbers, wealth, and power, as no other nation has ever grown. But we have forgotten God; we have forgotten the gracious hand which served us in peace, and multiplied and enriched and strengthened us; and we have vainly imagined, in deceitfulness of our hearts, that all these blessings were produced by some superior wisdom and virtue of our own. Intoxicated with unbroken success, we have become too self-sufficient to feel the necessity of redeeming and preserving grace, too proud to pray to the God that made us! It behoves us, then, to humble ourselves before the offended Power, to confess our national sins, and to pray for clemency and forgiveness…”
We know this: the Lord will do His part. As He sees “His people called by His name” turning from our sins, He will hear once again, will forgive our personal and national sins, and will heal our precious land.”
Sadly, as mentioned, we know the end of the story, for Christians the last six years of history this side of the Millennium will be a serious challenge, but also exciting for those who stand firm, who overcome. “To him who overcomes I will grant to sit with Me on My throne, as I also overcame and sat down with My Father on His throne.” Revelation 3:21

The election of Scott Morrison as Prime Minister of Australia demonstrates clearly that God appoints our leaders and that prayer works.

The former Prime Minister, Malcolm Turnbull is a godless man. He came to power by being ruthless. God gifted him with intelligence, good looks, and he was born into wealth and privilege. From an early age, he told his peers that he would be Prime Minister, and even made the prediction he would achieve it by the age of 40. As a lawyer, Malcolm achieved wealth and prestige at an early age. His ambition to become Prime Minister at any cost was revealed when he first tried to get pre-selection for a seat in the Labour Government, unsuccessful, he then aggressively sought a seat in the Liberal Party, this time successfully. Finally, he got the top job by undermining the then Prime Minister, Tony Abbott. Is it any wonder then, that he would be, likewise, challenged by another, just as ambitious younger man, Peter Dutton. However, the outcome of the vote for a new leader was a complete surprise to everyone. Peter Dutton who caused the upset did not get the outcome he assumed was “in the bag”. The man of integrity got the job, the man people could trust, Scott Morrison a committed, outspoken Christian, who takes God’s command to love his neighbour as himself seriously, who spoke and voted against gay marriage though he loves the people who voted yes.

Watching Sky News in the lead up to the vote for our new Prime Minister, they interviewed political pundits on both sides of politics. I was blessed to hear the interview with Labour Party spokesperson, Graham “Richo” Richardson. He said, he was a good friend of Scott Morrison despite them being on opposite sides of politics. He told the Sky News interviewers that he was speaking to Scott just before he entered the Party Room for the vote. Graham said that he playfully told Scott that he would pray for the right outcome, and that Scott’s response was, “I have been trying to get you to pray all these years and now you tell me you are going to pray!” Neither of them expected Scott Morrison to emerge from the Party Room as the Prime Minister elect of this nation. God’s hand was clearly in control of the events and the outcome. He appointed Scott Morrison, Prime Minister of Australia. Hallelujah!