At the rally, Trump offered these inspiring words:

“Sadly, the far left is actively working to erase our God-given rights, shut down faith-based charities, ban religious believers from the public square and silence Americans who believe in the sanctity of life. They are coming after me because I am fighting for you. And we are fighting for those who have no voice, and we will win. … Democrats have embraced the most radical and extreme positions taken and seen in this country for years and decades and you could even say for centuries. Nearly every top Democrat in Congress now supports taxpayer-funded abortion all the way up until the moment of birth.”

What else has Trump done that is pro life?

He has signed into law legislation that excludes organisations that perform abortions from Title X projects, reinstated and enlarged the Mexico City Policy preventing tax payer dollars from funding foreign abortions, defended conscience rights, called on Congress to prohibit later-term abortions where a child can feel pain, will not allow taxpayers’ dollars to fund scientific research using fetal tissue, is building an international coalition to dispel the concept that abortion is a human right, and has created pathways to help children and women in often difficult situations with foster care, adoption and support for healing.

May the grace of God continue to be on President Trump for his courageous stance for the dignity of all life. 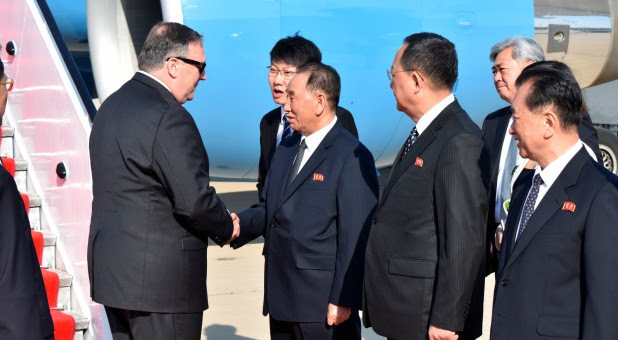