Martin Isles of the Australian Christian Lobby (ACL) is worth following if you want to keep up to date with what the Australian Governments (State and Federal) are doing to restrict religious freedoms.

You will be very concerned as Martin is that the bill before the Victorian parliament will see Christians in gaol, e,g. if pastors read sections of the Bible on LGBT issues such as marriage and homosexuality and counsel people according to God’s values expressed in His Word.

Dr. Michael Brown (www.askdrbrown.org) is the host of the nationally syndicated Line of Fire radio program.

This abbreviated article has been taken from his article When Christian Conservatives Are Compared to the 9/11 Terrorists in Charisma Magazine. It reveals how far and how quickly the west has departed from God’s righteous statutes. Fortunately, God warns us in His Word that this would happen in the “end times” just prior to His return.

“When Barack Obama ran for president in 2008, he stated clearly that marriage was the union of one man and one woman. And he knew he needed to do this to win the conservative, black vote. Today, you are branded a radical and a dangerous fanatic if you espouse that same view. You will be grilled by the tolerance inquisition! 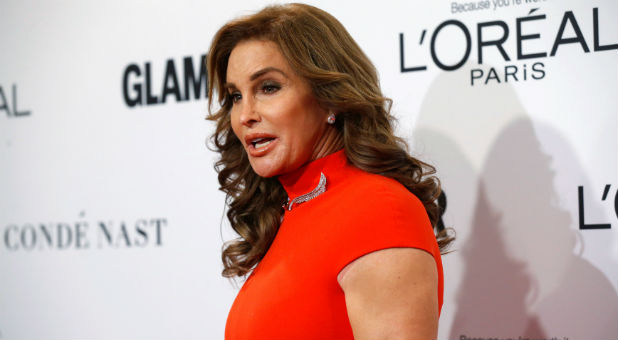 Caitlyn Jenner poses at the Glamour Women of the Year Awards in Los Angeles. (REUTERS/Mario Anzuoni)

Ten years ago, you would have laughed me to scorn if I told you Bruce Jenner would become Caitlyn Jenner and be named Woman of the Year. You would have ridiculed me if I told you the federal government would punish schools that refused to open the girls’ bathrooms and locker rooms to boys who identified as girls.

Today, “transphobic” is a household word, a gender-confused teen has his own reality TV show and drag queens are reading stories to toddlers in libraries.

Ten years ago, you would have said “Impossible!” to the idea that a minor with unwanted same-sex attraction would be forbidden by law to receive professional counseling, even if that child expressly requested it and even if that child had been sexually abused. And you would have dismissed completely the notion that some states would seek to bar such counseling from adults as well.

Today, a number of states have outlawed this much-needed counseling for struggling minors, while California is poised to make it illegal for anyone of any age to receive professional help for unwanted same-sex attraction or gender-confusion. That is the unvarnished, unembellished truth.

And what happens when we draw attention to this outrageous California bill? We are attacked as maniacs.

As one gay activist put it (specifically, in the context of my opposition to the California bill), “Brown is a religious zealot—a Christian convert—who is barely distinguishable from the folks who flew airplanes into buildings for their god. Unlike them, Brown is nonviolent. However, like those 9/11 maniacs, Brown substitutes literalist religious belief for logic, science and common sense. Brown, I think, relishes the negative attention and while I say that he is nonviolent he does equivalent violence to LGBT people every day through misinformation.”

This same gay activist wrote, “In the final analysis, Michael Brown is an advocate of pseudoscience in order to conform the world to his religious beliefs. It should be noted that Brown sports a Ph.D. in Near Eastern Languages. Obviously, he has no training or work experience relative to human sexuality.”

And after claiming that there is no scientific evidence that sexual orientation can be changed through counseling or that gender-confused children can, with help, become at home in their own bodies, he writes, “If Michael Brown knows of more compelling research, he has not cited it. He has failed to make any meaningful argument in support of conversion therapy. Promoting the existence of this mythical approach only creates prejudice and discrimination. It serves no useful purpose. Come to think of it, Michael Brown serves no useful purpose. It is a cheap shot, but the guy rails against LGBT people all day, every day. Maybe he needs a new hobby.”

Actually, I and others have been citing scientific literature for years, along with an endless number of personal anecdotes from friends and colleagues. (I’m talking about former homosexuals and former transgenders.) But whoever we cite gets discredited immediately, since the psychologists and psychiatrists and therapists and scholars do not adhere to the standard LGBT talking points.

This, however, is not to deny that there are many gays and transgenders who have tried to change, without success. They have suffered depression and fear and self-loathing, spiraling even deeper into hopeless after unsuccessful therapy efforts. I do not minimize their struggles, I do not pretend to be able to relate to what they have endured, and I constantly call on the church to show great compassion to such strugglers.

But to each of them—and to the critics who attack us with such venom—I make a simple appeal. Allow others to find their own path.

When you try to pass laws that will take away essential freedoms of those you differ with, and when you demonise those who oppose your values, you only discredit yourselves. In the long run, this will work against you. We will overcome your venom and anger and bills and laws with grace and truth and love—and God’s help.”