“The major mark of this next move of God’s Spirit is repentance,” Roth said. He urges Christians to use this time in quarantine to do two things: repent and pray in tongues “without ceasing.”

“I’m excited about the new beginnings God is giving the church, and it starts with us as individuals living in rapid repentance,” Roth said. “It flat doesn’t matter what’s going on in the world. It’s what’s going on with you. It’s, ‘Are you living in rapid repentance? Are you praying in tongues every moment you have?’ That’s what’s more important because all things work together for good if you are praying in tongues and living your repentant life.”

“I think this is God’s time to have believers operate in all of the promises of the New Testament. The truth is we know how to stand on the Word. We’re experts about that. But what about the power of God being manifested as we speak, that is what occurred for the early Christians as expressed in the Book of Acts, that is what we will see evident in the “last days” church. 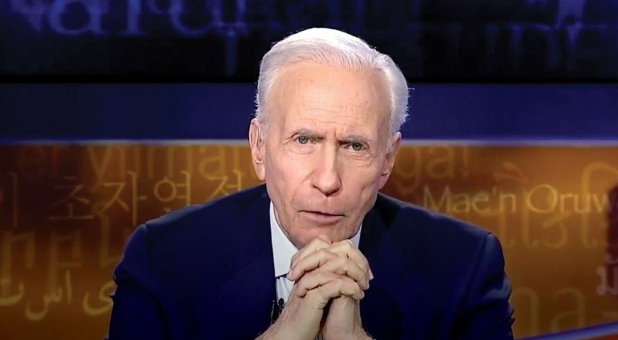 Roth said that despite the chaos happening in the world, God’s glory is “erupting now” and the church will be invited to fulfil Jesus’ words in John 14 that his followers will do greater things than He.

“I believe many should set their day to operate in the glory because it’s not going to be a superstar movement. It’s going to be one where the church knows we already have a superstar. His name is Jesus or Yeshua, and it’s Yeshua in us the hope of glory.”

Over 1,000 mostly Jewish people in Odessa, Ukraine make professions of faith during a supernatural Healing Meeting

More than 1,000 predominately Jewish people in Odessa, Ukraine, stood and made a public profession of faith during a revival meeting, says evangelist Sid Roth.

Roth, host of the charismatic television show It’s Supernatural!, tells Charisma in an exclusive interview that a supernatural peace flooded the room while he preached to the unsaved crowd.

“It’s unbelievable,” he says. “One thousand people sitting there, unsaved, and they’re so still, they’re not even getting up to go to the bathroom. … I’ll challenge anyone to talk to 1,000 unsaved Jews about Yeshua or Jesus the Messiah and have them sit through the whole lecture. And I cover Bible prophecy; I cover why Jews don’t believe; I cover everything. I don’t leave anything out. And then at the end of the meeting, that same glory that causes the miracles causes the repentance and salvation.”

Roth says miracles are common when he teaches unsaved Jewish crowds. For a while, he hesitated to share words of knowledge from the stage because he didn’t want people to see him as the healer but rather focus solely on God. But once he started sharing the words God gave him, he watched the Holy Spirit do miracles.

“I say, ‘If your pain is gone or the symptom is totally gone, I want you to stand up,’ and I’ve had as many as 60% to 70% of people, unsaved Jews, instantly stand up and say they’ve been healed,” he says. “… When the glory shows up, it’s not like laying hands on people. It’s not like the anointing. I have nothing to do with it. I can’t make it happen. I’m almost like an observer.”

Roth says about 1,000 people showed up to his lecture on the supernatural in Odessa, which took place a block away from the city’s largest synagogue. Roth says a high percentage of the audience was instantly healed during the event, and he estimates that at the end, nearly 100% rose to their feet and gave public professions of faith.

“You don’t read about Jewish people coming to the Lord in those numbers anywhere but in the New Testament,” Roth says. “It’s unprecedented.”

These kinds of numbers are so surprising, Roth says, that several Jewish believers in Jesus didn’t believe Roth was reporting the truth.

“They actually thought I was lying,” he says. “So what they did is they sent spies to my meetings. And they found out that what I always say was true.”

But Christians shouldn’t be surprised at this kind of revival, Roth says. After all, Smith Wigglesworth prophesied about a greater glory coming that would bring record numbers of people into the faith. Wigglesworth believed that revival would then spread across the world. Roth believes Jewish people will play a crucial role in that global revival.

“Today is the day of salvation. I believe it. … I believe that as this greater glory spreads throughout the world, the whole paradigm that we know as the church and Christianity is about to change. It will be closer to the Bible than what it is today. And one of the changes will be that these great miracles will be not by a few anointed men and women of God. The least Christian is going to operate in this greater glory. Why? Because God loves humanity.”