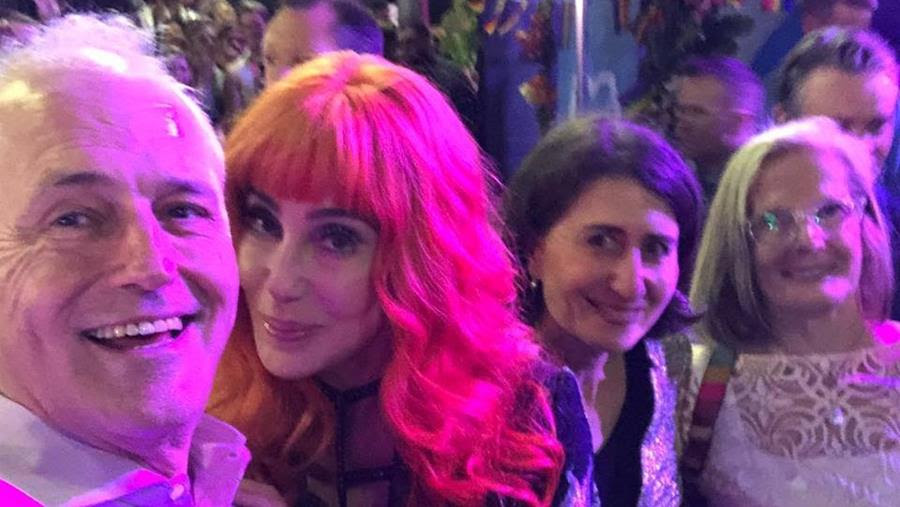 Christians in Ancient Rome were regarded with deep suspicion. Why? They did not attend the pagan temples or participate in their rituals and activities. These were the centres of community. Participation made you “one of us.” It granted you society’s seal of acceptance. To disassociate from it was practically an act of subversion.

Subversives were the subject of suspicion and rumour. Ultimately, marginalisation developed into persecution.

There was a time when I would have been well regarded as a productive and responsible member of society by being happily married, having well-behaved children, and being a committed church member. Such a person once embodied the values of our society. They were considered decent people and others were encouraged to emulate them.

At the recent Gay Mardi Gras in Sydney it is clear that there’s a new badge of acceptance on the horizon. Political leaders including our Prime Minister, Malcolm Turnbull, the leader of the Opposition, Bill Shorten and NSW Premier, Gladys Berejiklian made very public, photographed appearances with Cher. Shorten attended with children.

Corporations including banks, insurers, professional services firms and endless others served up Mardi Gras themed content on Facebook and other media channels. ANZ bank became “GAYNZ” in 2017 and “YAYNZ” in 2018 – rainbow lettering to match.

The ABC ran a promotional video featuring rainbow-clad children waxing eloquent about the virtues and importance of Gay Mardi Gras.

This is hot on the heels of the Australian Defence Force announcing that it would add a rainbow insignia against those names of people in its directories who are “in alliance with members of the LGBTI community.”

Most corporate and government workplaces now celebrate “Wear it Purple” and “IDAHOT” days for which staff are encouraged to wear purple in support of the LGBTIQ cause.

In Melbourne last week, I observed rainbow lanyards being worn by office workers from several companies.

Police force members have been asked to wear purple shoelaces to work.

Though all this is done in the name of equality, tolerance and acceptance, it stands for anything but.

The rainbow is the badge of a political movement, driven primarily by Marxist and Queer ideologies. Dissidents are not treated well.

If tolerance were all that is demanded, Christians would have nothing to fear, but in truth the demand stops at nothing less than celebration and affirmation.

The staff member who is not wearing purple is immediately identified as the subversive one, on the fringes. An outsider. The employee with a plain black lanyard, the parents who don’t want their children in rainbow garb, the firm that doesn’t spruik its rainbow credentials, the person in the directory who declines the rainbow logo – all subversives.

When same-sex marriage ads were put in Australian newspapers, large corporations were conspicuous by their absence – not their presence.

The same is now true of leading politicians. The next Prime Minister, Leader of the Opposition or NSW Premier who does not attend the Gay Mardi Gras will be asked to explain why.

Parts of society are deeply suspicious of Christians’ motives for not joining the celebration, but there are very plain reasons for those who care to look.

The parade itself is shockingly sexually explicit. The worst of it is rarely publicised, but images emerge here and there illustrating just how far short it falls of Christian standards of propriety – gay, straight, or otherwise.

More generally, the rainbow movement defines human beings by their sexual behaviour. Something by which no Christian measures identity because it is a false standard, incompatible with the truth about human beings.

Further, the rainbow has become the symbol of a political movement which is radically at odds with the Christian worldview in its ideological underpinnings. Based on Marxist, Queer and similarly destructive political theories, Christians cannot be complicit.

Barely a day goes by in which I don’t see another example of how “outsiders” – those who don’t buy into the movement – are treated.

This is no longer a theoretical concern.

The “outsiders” cannot even expect to become foster parents anymore.

It begs the question – is it really worth being an outsider? Is it possible we’re taking these things too seriously? Should we just join in?

The Apostle Paul leaves us in no doubt – he does not merely call out the practice of these things, but also the “approval” of them.

We cannot behave as if we approve all this and wash our hands of responsibility.

This is a key sense in which the Roman Christians were “in the world, but not of the world.” They could not lend their approval to the activities of the temple – they stood for something quite different and their lives were a testimony to it.

When we stand against the tyranny of the so-called “tolerance” movement, we will doubtless be treated with suspicion at best, and hostility at worst. False allegations of hatred and intolerance will be levelled. There may be anger and disgust.

Not only do we know that it isn’t true, but we know that there’s a far greater blessing in following Christ than there is in being an “insider.”

Jesus says it better than I ever could:

“Blessed are you when others revile you and persecute you and utter all kinds of evil against you falsely on my account. Rejoice and be glad, for your reward is great in heaven, for so they persecuted the prophets who were before you. (Matt 5:11-12)