The world has shaken violently within the last 14 hours between July 17th and July 18th. Are these signs of Christ’s second coming?

It all started on July 17, 2017 as a M6.2 earthquake hit 183km ESE of Nikol’skoye, Russia at 11:05 am (UTC). This earthquake marked the beginning of an earthquake swarm comprising at least 15 quakes between M4.4 and M7.7 in the region. Then, a bit more than 12 hours later, 11:30 pm, a M7.7 earthquake hit the same area of Russia – 198km ESE of Nikol’skoye, Russia. The earthquake was very shallow – only 10 km below the seabed. The US Pacific Tsunami Warning Centre initially warned hazardous tsunami waves were possible for coasts within 300 km of epicentre. The tsunami threat had now passed. Finally, two hours later, a M6.4 earthquake hit 98km WNW of Camana, Peru.

The following map shows where the largest twenty earthquakes occurred in the last twenty four hours. 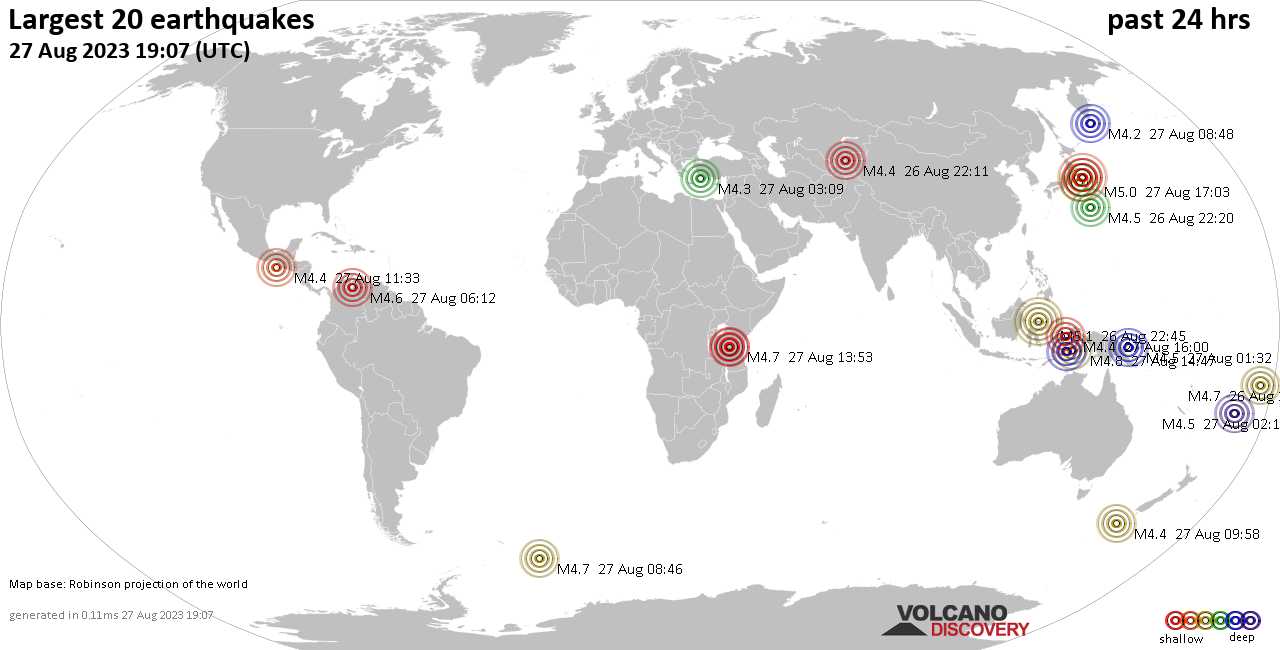 On this website I have many posts on Bible prophecies relating to Jesus second coming that are being fulfilled in our day. Another “last days” prophecy in Matthew 24:7, repeated in Mark 13:8 and Luke 21:11, Jesus states there will be an increase in earthquakes in various places. Are the earthquakes occurring now more compelling evidence that we are in the “last days”?