“No sooner will we quote a passage from the Bible to a non-believer (or, to a believer of a different persuasion), then they will respond, “You can make the Bible mean whatever you want it to. Remember what Jeff Sessions said?” 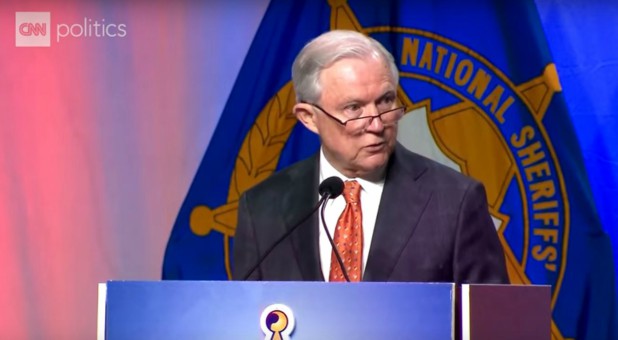 In case you somehow missed the massive, swirling controversy surrounding Sessions’ use of Romans 13, the headlines are everywhere.

On and on it goes, almost endlessly. Just search for “Jeff Sessions Bible,” and you’ll be flooded with relevant links.

In short, Sessions quoted Romans 13, which calls Christians to submit to the governing authorities, to explain to “church friends” why we must uphold our “zero-tolerance” immigration laws. His exact words were, “I would cite you to the apostle Paul and his clear and wise command in Romans 13, to obey the laws of the government because God has ordained them for the purpose of order.”

If Sessions was simply saying that we are a nation of laws, and the Bible reminds us of the importance of obeying our laws, he was saying nothing extraordinary or outlandish.

Instead, no matter what we say and no matter how accurately we say it, the rebuttal will be instant: “The Nazis quoted the Bible too.” Or, “You’re twisting the Bible, just like Jeff Sessions did.” Or, even, “Yeah, you sound just like Trump!” (Let’s be realistic. This will ultimately be tied back to Trump. So, if you’re a conservative evangelical— especially if you’re white—and you quote Scripture, you’re guilty of whatever sins Trump committed in his lifetime. I’m hardly exaggerating.)

Another would be, “Constantine changed the Bible in A.D. 325. We don’t have the original Bible today.”

Today, millions of people take these falsehoods to be gospel truths, while millions more misquote Jesus’ admonition not to judge. (For what He really meant, see here and here.)

And despite the apparent reverence for Scripture reflected in the liberal response to Sessions’ use of Romans 13 (as if the liberal media were grieved that the Bible was misused), what we’re really witnessing is an outright hostility to Scripture. That’s why Tom Gilson wrote a perceptive article titled, “The Washington Post Hates the Bible. If You’re Christian, It Hates You Too.”

You can expect to see that hatred manifest in the instant dismissal of our appeal to Scripture in the days ahead.

When we quote the Word, we’ll be compared to people who want to separate children from their parents (as is happening with the immigration crisis). We’ll be likened to brainless Trump supporters (regardless of the topic under discussion). And we’ll be reminded that the Bible really has no intentional message. “It means whatever you want it to mean.”