End-Times Scholar: Microchips Are Scary Next Step to Control Population 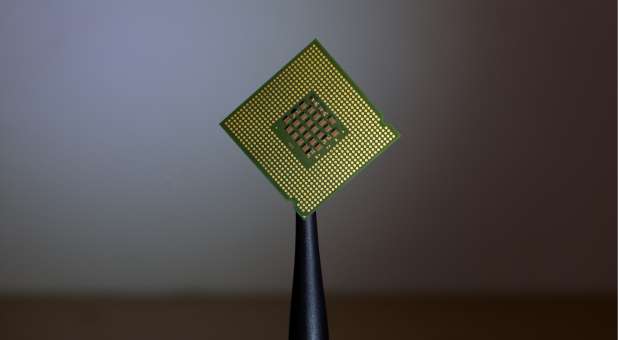 A technology growing in popularity allows computer chips to be implanted under the skin. It brings to mind the “mark of the beast” prophesied in Revelation 13:16-17. For the first time in history, technology has made it possible.

Christian activists, including conspiracy theorist Mark Dice, the author of a book titled The Resistance Manifesto, make the link between chipping of humans and the biblical mark of the beast prophesied to be a future requirement for buying and selling.

It will be very attractive to governments in order to control people and their finances. Moreover, they can put a positive spin on its implementation. It has so much potential for good that it is almost inevitable that governments will want to use this,” Rabbi Pinchas Winston, a prolific end-of-days author, said. “They can’t afford prisons and policing anymore for the expanding populations. Rather than put someone in prison, they can make it impossible to exit their home. If they identify a criminal, they can remotely shut down their car, deny them access to money and food. A lot of people will be deterred from non-compliance with the law.

The process is relatively simple. An identifying integrated circuit device or Radio-frequency identification (RFID) transponder encased in silicate glass approximately the size of a grain of rice is implanted under the skin using a device similar to a syringe. Local anaesthetic is used during the procedure. The use of sub-dermal RFIDs for domestic and farm animals is widespread and some countries require them to be implanted This was first done by a physician in 1998 and was approved for use in humans by the Food and Drug Administration (FDA) in 2004.

Proponents of this new technology claim a myriad of benefits. Some companies currently recommend implantation for their employees for security purposes. Locks and elevators can be paired with sensors so that only specific people can open a door. Computers can use the sensor to identify users when they log on, allowing them to access files and systems specific to them. Using the chip as “biopayment” in place of a credit card is in the developmental stages and could lead to a cashless society. It is also feasible to create a smart gun that will only allow the owner of a gun to fire it. Theoretically, a GPS-enabled chip could one day make it possible for individuals to be physically located anywhere on the planet. The chip can link to an external database containing vital medical information for emergency use. This would be especially useful in cases of dementia or where the patient is uncooperative. It can also be used by law enforcement agencies to identify subjects and track their movements. Both of these applications raise serious concerns about civil liberties.

Folks we are in the “last days”, are you prepared for the coming tribulation spoken of by Jesus and Daniel.

2 thoughts on “MARK OF THE BEAST: MICROCHIP IMPLANTS?”