The Redeeming Hope of the Gospel 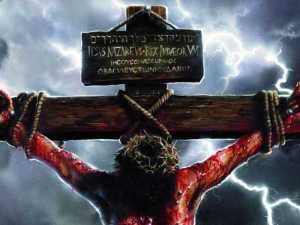 1. The Gospel and Christian Life are about God

When I counsel those struggling with homosexual attraction, one of the first things I want them to do is trust God. Now, when I use the word struggle, I am referring to a person who has not accepted homosexuality as being morally right, but who daily fights against these desires wishing they didn’t exist in the first place. By the time such individuals reach my office, they have promised themselves 100’s of times that they will never lust after the same sex again or look at homosexual pornography again or engage in other homosexual activities again. Such promises are always broken, leaving them in a cycle of shame and condemnation. Since they are unable to completely eliminate their sin, they often turn from God.

It is not unusual for me to tell such a person, “It is time to gaze upon God’s faithfulness not your own.” Jesus knows the burden of sexual temptation, and He has profound sympathy for anyone whose hearts are captured by this issue (Heb. 2:17–18; 4:14–15). He is also committed to saving and transforming His own so that they reflect children of glory (Rom. 8:28-29; 1 Thess. 4:3).

Does this mean that He has promised to remove all sexual affections or any sexual affection completely? No. As a matter of fact, the Bible tells us that there is a war raging in our hearts that will not rest until we see Him face to face (Gal. 5:16–17). What God promises is His presence and faithfulness (Heb. 13:5). His presence to hold His children through any storm in life until the day of resurrection (John 6:37–40). He promises the Holy Spirit as our Helper to empower us to walk wisely and resist sin (John 14:16–17). He promises His faithfulness to not allow anything to separate us from His love (Rom. 8:37–39). He assures us of His faithfulness to complete His work of redemption in our lives (Phil. 1:6). Very often it is in the presence, not the absence, of our sinful struggles that God magnifies the beauty and value of His faithfulness. The struggle is often an occasion for rich abiding worship.

2. The Redeeming Work of the Gospel Enables Us to Hear and Obey God

When Paul is addressing the Corinthians regarding sexual sin, he doesn’t tell them that if they just believe, God will remove all their ungodly sexual temptation. Instead, he assumes the possible presence of such temptations and writes things like, “Flee sexual immorality” (1 Cor. 6:18a) and “… for you were bought with a price. So glorify God in your body” (1 Cor. 6:20).

When the author of Proverbs is counselling his son, he doesn’t treat him as though he will not wrestle with sexual temptation, but offers wisdom when such imminent temptation arises. Concerning the adulteress, he warns, “Keep your way far from her, and do not go near the door of her house” (Prov. 5:8), “Do not desire her beauty in your heart, and do not let her capture you with her eyelashes” (Prov. 6:25), “Let not your heart turn aside to her ways; do not stray onto her paths” (Prov. 7:25).

The inference of both Paul and the author of Proverbs is that sexual temptation is a possibility, and the way to combat such longings are fleeing, resisting, and living to the glory of God. The ability to walk by faith comes through the hearing of the Gospel (Rom. 10:17) and the supernatural awaking of our hearts to want God and His ways (Eph. 2:4–8). Upon such awakening, Jesus works in us (over a lifetime, moment by moment) to create in us hearts that are zealous to do what is good and holy (Titus 2:11–14). He saves us then progressively enables us to glorify him in our lives and bodies through obedience. Healing may not be universally characterised as the complete elimination of sexual temptation from the human heart, but by hearts that are transformed and empowered by His grace to obey (from the New Self) when sexual temptation seeks to grip us (from remnants of the Old Self) (Eph. 4:22–24).

3. Hope in Symptom Eradication Minimises the Pervasive Reality of Sin and our Desperate Need for Jesus, Our Redeemer

Some people hold to the idea that homosexual or heterosexual temptations are only sins if they are acted upon. If the attraction is there, but you resist acting upon it, then you’re good to go. I think this conceptualisation minimises our Gospel need and refutes the teachings of Jesus who said, “You have heard that it was said, ‘You shall not commit adultery.’  But I say to you that everyone who looks at a woman with lustful intent has already committed adultery with her in his heart” (Matt. 5:27–28).

Jesus was speaking to people who had developed elaborate systems of “holiness” that gauged their sense of goodness and righteousness before God. Many of them likely exuded a great deal of pride, considering themselves good men because they had never given their bodies over to the act of adultery. Jesus obliterated their paradigm, however. He knew that every man standing in front of Him was guilty of this sin. In some ways, it seems as though he was setting up the despair of their situation, thereby ushering in the only hope for their dilemma—Himself. If sin was more than a behavioural issue, but was ultimately an inner issue of the heart, then they were all doomed (Matt. 15:17–20). That is, unless their righteousness could be found elsewhere.

As Christians who wrestle with either heterosexual or homosexual lusts, we must hate such sins, but not be threatened by their presence. If my hope resides in the absence of sinful thoughts and desires, then I am going to have to resign myself to a life of hopelessness. But if my hope resides in the righteousness of Another when such lusts present themselves in my heart, then there is reason for genuine hope. I can rest in the wonderful words of the author of Hebrews as the basis to fight my sins:

“But when Christ had offered for all time a single sacrifice for sins, he sat down at the right hand of God, waiting from that time until his enemies should be made a footstool for his feet. For by a single offering he has perfected for all time those who are being sanctified. And the Holy Spirit also bears witness to us; for after saying, ‘This is the covenant that I will make with them after those days, declares the Lord: I will put my laws on their hearts, and write them on their minds,’ then he adds, ‘I will remember their sins and their lawless deeds no more.’ Where there is forgiveness of these, there is no longer any offering for sin” (Heb. 10:12–18).

In the end, our situation is far worse than we realise.  Even if therapy helps remove sexual temptation, we are still condemned—that is, unless we place our faith in the One who made this single sacrifice for all our sins. At that point, upon placing faith in Jesus, our situation becomes far better than we could ever imagine. Our sins remind us of our desperation and propels us towards a God of infinite love, faithfulness, and mercy. It thrusts us into the magnificent glories of the Gospel.

May we not shrink our hopes to the small goals of the temporal removal of sin, but may our hopes rejoice in the eternal removal of all our sins (past, present, and future) because of a God who loves us more than our feeble minds can fathom.