Another revealing article from Creation Ministries (www.creation.com) this time from Lita Cosner. It demonstrates the extent of the deception that is occurring in these “last days” , which confirms the Bibles “end times” prophecies, “many false prophets will arise and a great falling away occurs, even the elect being deceived”, Matthew 24:11, 2 Thessalonians 2:3

Lita Cosner’s Report: A reader sent in a video by a Dr Tim Jennings, a Christian psychiatrist, about homosexuality, transgenderism, and Christianity, and asked us for a response. We normally do not respond to videos, because of the time involved to watch and fairly interact with such media, but we felt the teaching value in this case merited an exception. 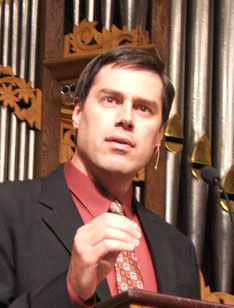 Dr Jennings calls out the Christian community for “a lot of ignorance and a lot of misinformation.” He believes that “We have to start with facts, we have to start with truth.” He asks, “Are you willing to look at evidence and facts or do you want to hold beliefs that are refuted by evidence, facts, and truth?”

But when he goes into these ‘facts’, we find that they don’t prove what he thinks they prove. Most of his arguments involve very rare abnormalities.

First, he brings out Androgen Insensitivity Syndrome, where a person is genetically male (XY), but has no testosterone receptors, so the child develops to look outwardly female (but lacks a uterus and ovaries). Dr Jennings makes the first of many errors in his video when he says that all babies begin as females, and hormones, particularly testosterone, cause the baby to masculinize. At fertilisation, every individual is either genetically female (XX) or male (XY) (yes—there are a handful of intersex chromosomal conditions, most commonly Klinefelter’s—but these are rare), and the baby develops as a female or a male according to the genetics. Dr Jennings inadvertently acknowledges this when he says that the male baby has testes even with AIS.

The next condition is chimerism, the extremely rare condition where one embryo absorbs his or her fraternal twin early in development, resulting in one individual with two distinct sets of genetics. He claims that this can result in someone with both male and female DNA. So someone could have a male brain genetically, and a female body, and so on. Then he claims that epigenetic markers affect whether the brain is masculinized in the womb or not.

His AIS and epigenetic arguments basically say that hormones can determine someone’s sexual identity. But then the chimerism argument says precisely the opposite—that genetics determine sexual identity. Which is it? Of course, this discussion of chromosomal and developmental conditions leaves out the fact that most people who identify as homosexual or transgender are biologically healthy males or females with no ambiguity or genetic defect.

Then Dr Jennings goes in a completely different direction and notes that sometimes trauma can confuse a person’s sexual identity, and gives an anecdote involving one of his counselees. In that counselee’s case, resolving a trauma led her to realise that she was not a lesbian after all, but heterosexual. But how can we tell someone who is ‘naturally’ homosexual from someone who is confused because of a trauma? And how can we even ask that question when it is now forbidden to even raise that as a possibility?

Dr Jennings then turns to Romans 1, and says that “exchanging natural relations for unnatural ones” means that naturally heterosexual people were engaging in homosexual relations as part of Roman fertility cult worship. He argues Paul wasn’t talking about people who are naturally homosexual. But sexual orientation as a core element of our personality wasn’t even conceived of until less than 200 years ago. In the Roman world, free men in particular would engage in both homosexual and heterosexual acts with a variety of partners—the only thing that was taboo was for a free male adult to assume a ‘submissive’ role.

Then he criticises Christians with “imperial” and “legal” ways of reading the Bible. I think that’s extremely judgemental of him—my brain development was shaped in the womb to make me think in imperial and legal ways. In any case, he says that Christians think homosexuals should act like heterosexuals. That’s not true. Rather, Christians recognise that the Fall affects us in different ways in our bodies, our minds, and our relationships. All of us have to submit ourselves to Scripture which challenges each of us in different ways.

Dr Jennings says that we should present the truth in love, and this will leave people free. While I would agree with him about this principle, we would disagree vastly about the proper application. I do not believe it is loving to present a false gospel to any person that says that Christ is powerless to transform them—regardless of what needs to be transformed.