This article originally appeared on The Daily Signal. Reprinted with permission. At the end you will see who the victims really are.

“Four years ago, I wrote about my decision to live as a woman in The New York Times, writing that I had wanted to live “authentically as the woman that I have always been,” and had “effectively traded my white male privilege to become one of America’s most hated minorities.”

Three years ago, I decided that I was neither male nor female, but nonbinary—and made headlines after an Oregon judge agreed to let me identify as a third sex, not male or female.

Now, I want to live again as the man that I am. I’m one of the lucky ones. Despite participating in medical transgenderism for six years, my body is still intact. Most people who desist from transgender identities after gender changes can’t say the same. But that’s not to say I got off “scot-free”. My psyche is eternally scarred, and I’ve got a host of health issues from the grand medical experiment. 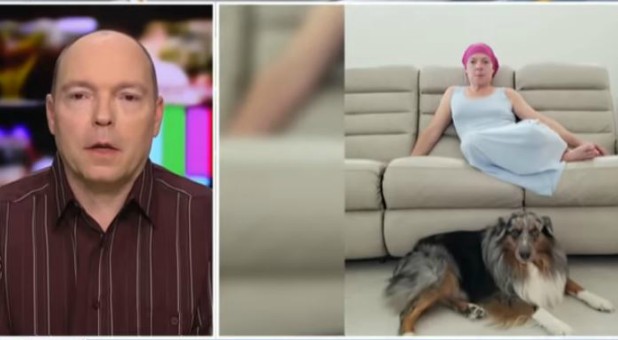 Dr. Ray Blanchard has an unpopular theory that explains why someone like me may have been drawn to transgenderism. He claims there are two types of transgender women: homosexuals that are attracted to men, and men who are attracted to the thought or image of themselves as females.

It’s a tough thing to admit, but I belong to the latter group. We are classified as having autogynephilia.

The best thing that could have happened would have been for someone to order intensive therapy. That would have protected me from my inclination to cross-dress and my risky sexual transgressions, of which there were many.

Instead, quacks in the medical community hid me in the women’s bathroom with people’s wives and daughters. “Your gender identity is female,” these alleged professionals said.

The medical community is so afraid of the trans community that they’re now afraid to give someone Blanchard’s diagnosis. Trans men are winning in medicine, and they’ve won the battle for language.

Think of the word “transvestite.” They’ve succeeded in making it a vulgar word, even though it just means men dressing like women. People are no longer allowed to tell the truth about men like me. Everyone now has to call us transgender instead.

The diagnostic code in my records at the VA should read Transvestic Disorder (302.3). Instead, the novel theories of Judith Butler and Anne Fausto-Sterling have been used to cover up the truths written about by Blanchard, J. Michael Bailey, and Alice Dreger.

I confess to having been motivated by autogynephilia during all of this. Blanchard was right.

Trauma, hypersexuality owing to childhood sexual abuse, and autogynephilia are all supposed to be red flags for those involved in the medical arts of psychology, psychiatry, and physical medicine—yet nobody except for the one therapist in Pittsburgh ever tried to stop me from changing my sex. They just kept helping me to harm myself.

Three years into my gender change from male to female, I looked hard into the mirror one day. When I did, the facade of femininity and womanhood crumbled.

Despite having taken or been injected with every hormone and anti-androgen concoction in the VA’s medical arsenal, I didn’t look anything like a female. People on the street agreed. Their harsh stares reflected the reality behind my fraudulent existence as a woman. Biological sex is immutable.

It took three years for that reality to set in with me.

When the fantasy of being a woman came to an end, I asked two of my doctors to allow me to become nonbinary instead of female to bail me out. Both readily agreed.

After pumping me full of hormones—the equivalent of 20 birth control pills per day—they each wrote a sex change letter. The two weren’t just bailing me out. They were getting themselves off the hook for my failed sex change. One worked at the VA. The other worked at Oregon Health & Science University.

To escape the delusion of having become a woman, I did something completely unprecedented in American history. In 2016, I convinced an Oregon judge to declare my sex to be nonbinary—neither male nor female.

In my psychotic mind, I had restored the mythical third sex to North America. And I became the first legally recognised nonbinary person in the country.

The landmark court decision catapulted me to instant fame within the LGBT community. For 10 nonstop days afterward, the media didn’t let me sleep. Reporters hung out in my Facebook feed, journalists clung to my every word, and a Portland television station beamed my wife and I into living rooms in the United Kingdom.

Becoming a woman had gotten me into The New York Times. Convincing a judge that my sex was nonbinary got my photos and story into around the world.

Then, before the judge’s ink had even dried on my Oregon sex change court order, a Washington, D.C.-based LGBT legal aid organization contacted me. “We want to help you change your birth certificate,” they offered.

Within months, I scored another historic win after the Department of Vital Records issued me a brand new birth certificate from Washington, D.C., where I was born. A local group called Whitman-Walker Health had gotten my sex designation on my birth certificate switched to “unknown.” It was the first time in D.C. history a birth certificate had been printed with a sex marker other than male or female.

Another transgender legal aid organisation jumped on the Jamie Shupe bandwagon, too. Lambda Legal used my nonbinary court order to help convince a Colorado federal judge to order the State Department to issue a passport with an X marker (meaning nonbinary) to a separate plaintiff named Dana Zzyym.

LGBT organizations helping me to screw up my life had become a common theme. During my prior sex change to female, the New York-based Transgender Legal Defense & Education Fund had gotten my name legally changed. I didn’t like being named after the uncle who’d molested me. Instead of getting me therapy for that, they got me a new name.

A Pennsylvania judge didn’t question the name change, either. Wanting to help a transgender person, she had not only changed my name, but at my request she also sealed the court order, allowing me to skip out on a ton of debt I owed because of a failed home purchase and begin my new life as a woman. Instead of merging my file, two of the three credit bureaus issued me a brand new line of credit.

Walking Away From Fiction

Overnight, I went from being a liberal media darling to a conservative pariah.

Both groups quickly began to realize that the transgender community had a runaway on their hands. Their solution was to completely ignore me and what my story had become. They also stopped acknowledging that I was behind the nonbinary option that now exists in 11 states.

The truth is that my sex change to nonbinary was a medical and scientific fraud. Consider the fact that before the historic court hearing occurred, my lawyer informed me that the judge had a transgender child.

Sure enough, the morning of my brief court hearing, the judge didn’t ask me a single question. Nor did this officer of the court demand to see any medical evidence alleging that I was born something magical. Within minutes, the judge just signed off on the court order.

I do not have any disorders of sexual development. All of my sexual confusion was in my head. I should have been treated. Instead, at every step, doctors, judges, and advocacy groups indulged my fiction.

The carnage that came from my court victory is just as precedent-setting as the decision itself. The judge’s order led to millions of taxpayer dollars being spent to put an X marker on driver’s licenses in 11 states so far. You can now become male, female, or nonbinary in all of them.

In my opinion, the judge in my case should have recused herself. In doing so, she would have spared me the ordeal still yet to come. She also would have saved me from having to bear the weight of the big secret behind my win.

A sensible magistrate would have politely told me no and refused to sign such an outlandish legal request. “Gender is just a concept. Biological sex defines all of us,” that person would have said.

In January 2019, unable to advance the fraud for another single day, I reclaimed my male birth sex. The weight of the lie on my conscience was heavier than the value of the fame I’d gained from participating in this elaborate swindle.

Two fake gender identities couldn’t hide the truth of my biological reality. There is no third gender or third sex. Like me, intersex people are either male or female. Their condition is the result of a disorder of sexual development, and they need help and compassion.

I played my part in pushing forward this grand illusion. I’m not the victim here. My wife, daughter, and the American taxpayers are—they are the real victims.