“The coming of the lawless one (Antichrist) is by the activity of Satan with all power and false signs and wonders, and with all wicked deception for those who are perishing, because they refused to love the truth and so be saved. Therefore God sends them a strong delusion, so that they may believe what is false, in order that all may be condemned who did not believe the truth but had pleasure in unrighteousness.” 2 Thessalonians 2:11-12

The strong delusion that God sends (allows) is the supernatural power that the Antichrist works on earth to back up his claim to be God. The Biblical Antichrist is a false Messiah and it is not a coincidence that the Islamic Messiah called the Mahdi lines up with the Biblical Antichrist. Nelson compares the two in his video, The Great Delusion.

The Satanically inspired Islamic Messiah called the Mahdi is eagerly awaited by various sects of Muslims around the world, but most notably ISIS and Iranian leaders.

Last week the prestigious and non-partisan Pew Forum on Religion and Public Life released a new study on beliefs and attitudes in the Islamic world, entitled “The World’s Muslims: Unity and Diversity.

Looking at specific countries, the highest percentage of the population expecting the Mahdi’s near-term appearance is found in Afghanistan (83 percent), followed by Iraq (72 percent), Turkey (68 percent), and Tunisia (67 percent). Sixty percent of Pakistanis, 51 percent of Moroccans, 46 percent of Palestinians, and 40 percent of Egyptians are looking for the Mahdi in their lifetimes.

While there are differences about the details of who he is and what he will do, both Sunni and Shia Muslims share the belief in the establishment of a global Islamic state under his rule and in the annihilation of non-Muslim nations. And both are actively working towards the fulfillment of the prophecies that would see the Mahdi rule the world.

These two recent articles, one on Islam’s Messiah and the other on the Orthodox Jewish Messiah is further evidence the end times Antichrist figure spoken about in the Bible is soon to appear on the scene.

Mahdi is the title of the prophesied redeemer of Islam who will rule for seven, nine, or nineteen years (according to differing interpretations) before the Day of Judgement literally, the Day of Resurrection and rid the world of evil. According to Islamic traditions, the Mahdi’s tenure will coincide with the Second Coming of Jesus (Isa), who will assist the Mahdi against the Masih ad-Dajjal (literally, the “false Messiah” or Antichrist).

Differences exist in the concept of the Mahdi between Sunni Muslims and adherents of the Shia tradition; for Sunnis, the Mahdi is Muhammad’s successor who is yet to come, while for most Shia Muslims, the Mahdi was born but disappeared and will remain hidden from humanity until he reappears to bring justice to the world.

The belief by Muslims in the Mahdi as the end -time redeemer and the one to usher in an age of global peace makes him a strong candidate for the Biblical Antichrist.

There are Shia Muslim leaders in Iran today who claim to have met the Mahdi numerous times.  Writing in the Jerusalem Post on January 20, Brian Schrauger explained: “Crazy to Western ears, this messianic creed of the Mahdi is the raison d’être for the Islamic Republic of Iran according to its founders and leaders. It is also the basis of Tehran’s foreign and military policies; and it is impossible to overemphasise the Iran regime’s visceral commitment to it. The Imam Mahdi is invoked in every public gathering, both civil and military; he is the singular inspiration for every policy, every tactic, every mission; indeed, he is nothing less than the regime’s reason for its existence and, as such, its singular and unwavering motivation for the future.” And Schrauger can provide documentation for every single claim he has made. 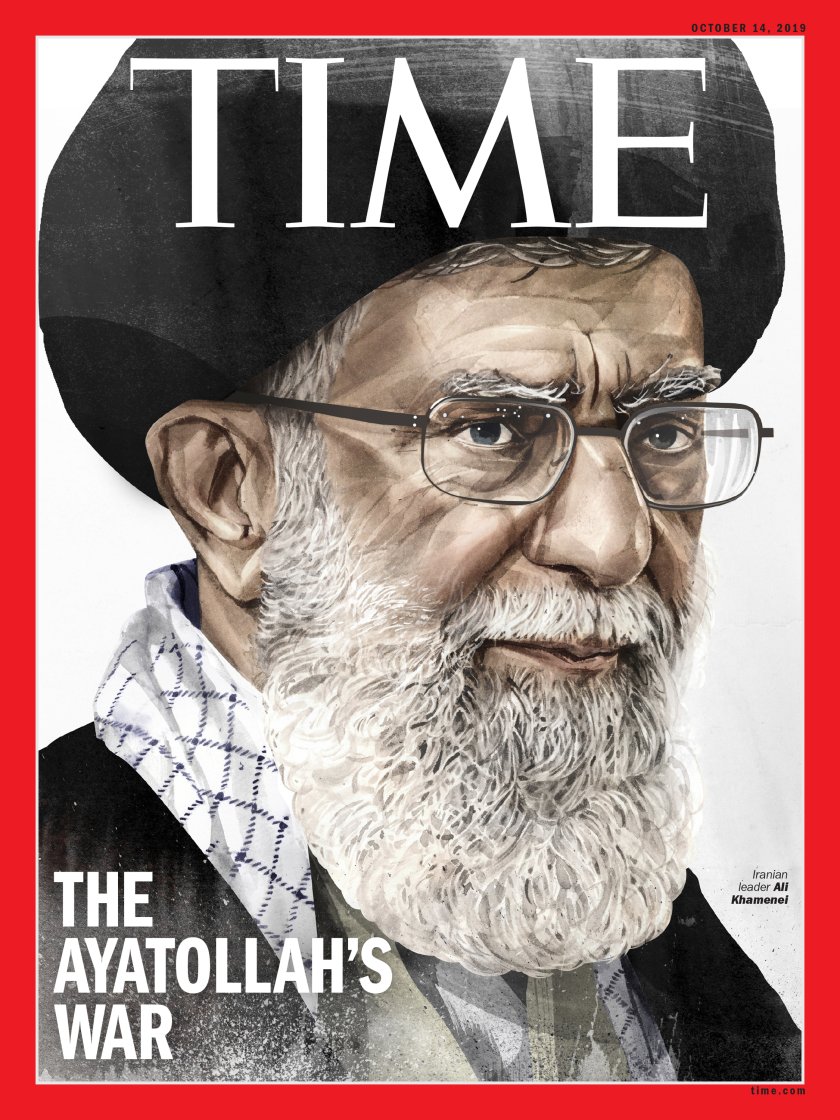 In the words of Iran’s Supreme leader Ayatollah Khamanei, “The Iranian nation, enjoys a great privilege today: the atmosphere of the country is an atmosphere of Imam Mahdi. . . .”  And, Khamanei states, “many of our great scholars have personally met with this beloved [Imam] of hearts of the admirers during his occultation; many have made a pledge to him in person; many have heard from him some heartwarming words; many have been caressed by him and many others have received his kindness, care, and love.”

So, the Islamic Mahdi is here according Ayatollah Khamanei, he is known to many insiders, and he is about to be revealed. And remember: this article was written before Iran was smitten with COVID-19. What are the leaders thinking today?

A February 20 headline in Israel Today stated that, “Israeli Rabbi says he’s already holding meetings with Messiah.” And, “Israel’s biggest rabbis are all afraid to leave the country lest they miss Messiah’s coming.”

The article, by Ryan Jones, cited a three-hour radio interview in which Rabbi Yaakov Zisholtz “told religious broadcaster Radio 2000 that Kanievsky recently told him that he (Kanievsky) is already in direct contact with the Messiah.”

Rabbi Kanievsky, now in his early 90s, is considered to be the leading authority in the ultra-Orthodox (haredi) community in Israel, and he has often spoken of the nearness of the Messiah’s coming. But it seems he is saying even more today.

According to Rabbi Zisholtz, “…the process of redemption is about to start happening very quickly and at a fast pace. It is important that people remain calm and steady to act properly in the right time. “Getting the word out now that the Messiah is closer than ever is a matter of life and death. Haven’t you heard of Gog and Magog? That is what is going to happen very soon. Right now, the situation is explosive more than you can possibly imagine. Everyone needs to know whether they are on the inside or if they are going to be left out.”

Yes, these are the words of an ultra-Orthodox rabbi in Israel, not those of an evangelical Christian, Bible in hand, with end-time prophecies heavily underlined.

While Rabbi Zisholtz was careful to say he couldn’t promise anything, he was certainly raising the bar with specific predictions and events. And again, he claimed that certain religious Jews knew exactly who the Messiah was and have even met with him.

Well, Passover ended on April 16. And, in case you missed the news, the expected Jewish Messiah did not come. Ironically, Litzman himself contracted the virus, although he has since recovered. And for a number of reasons, including heavy criticism of his handling of the crisis, he is reportedly  considering quitting.

Let us, then, keep our focus on the Second Coming of the true Christ. But let us not forget the warnings about the false Messiah (Antichrist) and his False Prophet who will come first.