When asked if they supported the overturning of Roe, 56% of respondents said they didn’t approve of the decision, while 40% expressed support for the ruling. Specifically, 28% of those surveyed “strongly support” it, and 45% “strongly oppose” it.

The 45% “strongly oppose” it compared to the 28% that “strongly support” it should be concerning to most Christians because it is indicative of the fact that the USA has turned away from God and will come under increasing judgement.

Moreover, the Supreme Court’s decision will affect the outcome of the midterm elections. Biden’s pathetic performance on many fundamental issues such as the economy, power generation, fuel prices, and border protection should have caused many traditional Democrat voters to vote Republican but the poll indicates that the Supreme Court decision will solidify the support of Democrat voters to stay the course because of a godless ideology.

The speed with which we are seeing end-times prophecies play out hopefully will prompt Christians to focus more on living eternal now knowing Jesus’ return is near.

The Bible is full of fulfilled prophecies which are a testimony of its divine inspiration and inerrancy. It is estimated that as much as 75% of the 2,500 prophesies in the Bible have already been fulfilled and most of those yet to be fulfilled are last days/end-times events.

How many churches today are preparing their congregations for Jesus second coming? Do you realise that there are far more prophecies about Jesus’ second coming that His first? The Pharisees and Sadducees did not get it with Jesus’ first coming and the church is not getting it with His second coming.

Many of USA Teenagers believe that the abortion issue is our greatest Human Rights issue of the 21st Century with no exceptions. Bar None!

For those that read my previous post  just days ago – Abortion is a National Sin. In it, I said, that unless nations repent of this heinous sin they cannot expect God to lift His hand of judgement from them. Hopefully, this move amongst young people in the USA will cause Trump to take action to overturn the Roe vs Wade Supreme Courts decision. Let’s pray that this will be the case.

All across the USA teenagers are inspired by Life. These kids grew up seeing photos of their younger siblings in 4-D ultrasounds and listening to baby brother or sister’s heartbeat at 12 weeks inside of their mom. They understand that their mom is carrying a child not a lump of tissues but a tiny human being.

Since 1973, when Roe V. Wade passed, 60 million American children have been denied the right to life. That equates to 1 child in 4 is missing from this current Gen Z generation due to abortion. Friends! Teachers! Scientists! Doctors! Artists! Athletes! Have all been terminated in the womb. 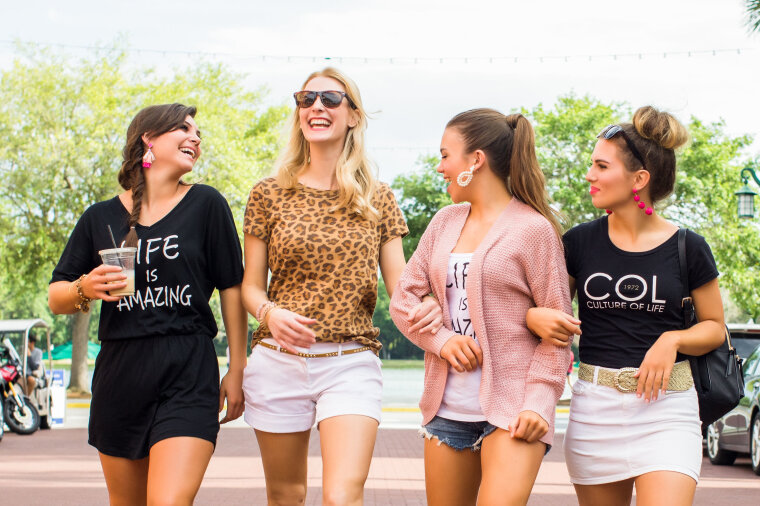 One bold and beautiful fashion brand is promoting all life from the womb to the tomb, with tees and beach bags that message “Life is Amazing” & “Babes Supporting Babes”. Culture of Life 1972 (COL1972) Fashion Brand has quickly grown to be a leader in the Pop-Culture for Life. Gen Z can not get enough of this new product, that boasts “Life is always in Style” and “Let’s Party Like It’s 1972.” There is a VIP list for those who wish to be included in new collections before they launch. There is a waiting list to become an Affiliate for the brand.

COL1972 calls their followers and customers aptly, their Life Tribe, winning others to the side of life every day with their fun fashionable and friendly clothing.

The best part is that 100% of the profits give back to women and children in crisis.

“Pop-culture has proudly glamorised the Culture of Death with messaging that abortion is empowering and even fun. Our brand and tribe rejects that message and believe that a Culture of Life must be promoted for the health of our children and nation.” – Gen Z COL1972 Co-founder Vittoria D’Addesi

The pro-life student association Students for Life of America is sponsoring a giant video advertisement this week in Manhattan’s Times Square, speaking out against New York’s “abortion extremism.” 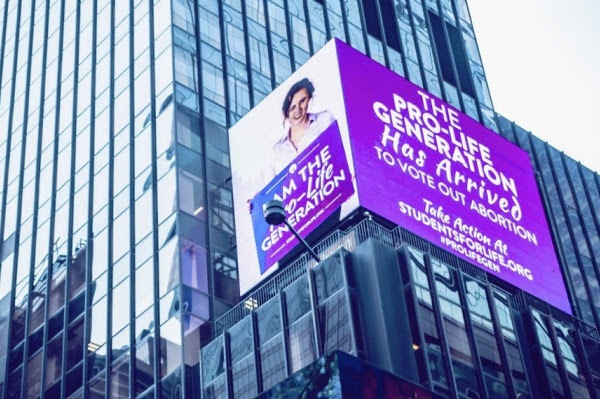 The ad is running for three days and ran while SFLA hosted its annual gala event in New York City on Wednesday.

This year, the SFLA gala is titled “Called to Bring Light to the Darkness.” The event is being held in a state that passed earlier this year a law that effectively legalises abortion until birth, something only seven other states had done previously.

The bill signed by Gov. Andrew Cuomo garnered much national media attention and drew the outrage of pro-lifers across the nation.

“When I asked our supporters if they wanted to send a pro-life message in Times Square, the answer was a resounding YES,” SFLA President Kristan Hawkins said in a statement.

The video advertisement is 15 seconds long and is being displayed in a rotation along with other advertisements on a 50-foot-tall video screen. 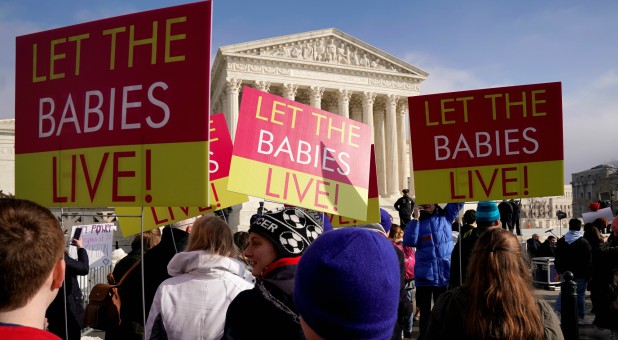 The Ohio Senate and House passed a bill this week that would ban most abortions. Gov. Mike DeWine signed the legislation Thursday afternoon.

“The signing of this bill today is consistent with that respect for life and the imperative to protect those who cannot protect themselves,” DeWine said.

“Victory!” says Janet Porter, who authored the bill and began efforts to legalise it almost a decade ago. “All the credit, all the glory, goes to Jesus Christ, the author and giver of life.”

With the bill’s passage, Ohio becomes the seventh state to pass a law that ensures “if a heartbeat’s detected, the baby’s protected,” according to a Faith2Action release.

According to USA Today,

Under the bill, doctors would face a fifth-degree felony punishable by up to a year in prison for performing an abortion after detecting a heartbeat. The bill has an exception to save the life of the woman but no exception for rape or incest—in line with current state law.

The legislation was crafted in Ohio, but it has gained momentum nationwide. Ohio is one of four states to pass the abortion ban in 2019 alone. A similar bill sits on Georgia Gov. Brian Kemp’s desk.

According to the Los Angeles Times,

Five other states have passed similar bans, two of which have been blocked by courts. Since conservative Justice Brett M. Kavanaugh was confirmed to the Supreme Court, Republican-led states have passed abortion restrictions in an effort to have the court overturn Roe vs. Wade, the landmark 1973 ruling that legalised abortion. …

Opponents’ protests did nothing to budge a largely closed-mouthed GOP majority on the House Health Committee. Republicans won an 11-7 party-line vote that sent the bill to the full House, where it passed Wednesday. Republican state Rep. Candice Keller called the legislation “the most compassionate bill we’ve ever passed.” She rejected suggestions that everyone knows someone who has had, or will need, an abortion; that women will continue to have abortions, only unsafely; and even that reproductive rights are about women. “If we are really about empowering the women of Ohio and empowering the women of this country, we will begin to tell the truth about the abortion industry and the enormous amount of profit that is made on the backs of women,” she said. …

Republican Derek Merrin, chairman of the house health panel, said he was following his conscience: “My heart, Mr. Speaker, tells me it’s wrong.” Prohibiting abortions at the first detectable heartbeat means prohibiting virtually all abortions, said Dr. Michael Cackovic, a specialist in maternal fetal medicine at Ohio State University Medical Center. He said current standard practice, which involves transvaginal ultrasound, can reliably detect a heartbeat five to six weeks into pregnancy. “Essentially, that’s three to four weeks after conception, or one to two weeks after a missed period,” he said.

The Georgia legislature passed a similar bill last month that is awaiting the governor’s signature.

Shawn Carney, president and CEO of 40 Days for Life, praised the bill. “This is yet another example that abortion is barbaric and Americans want to protect the most vulnerable among us,” Carney says. “The timing of this is crucial as many politicians openly, calmly and coldly advocate for infanticide. The current climate shows the tide turning for science and life after 46 years of legalised abortion.”