A mainstream study by a Brown University professor is under fire from transgender advocates for suggesting that some children become transgender due to social pressure or influence, and not because they are born that way.

The study by Lisa Littman, an assistant professor of the practice of behavioral and social sciences at Brown’s School of Public Health, was published in PLOS ONE. Brown University since has pulled a press release about the study, according to the magazine Science. The study examined why some children experience transgenderism, which is sparked by a condition known as “gender dysphoria.”

“In on-line forums,” Littman wrote in the study, “parents have been reporting that their children are experiencing what is described here as ‘rapid-onset gender dysphoria,’ appearing for the first time during puberty or even after its completion.”

The gender dysphoria among the children “seemed to occur in the context of belonging to a peer group where one, multiple, or even all of the friends have become gender dysphoric and transgender-identified during the same timeframe.”

In other words, these children identified as transgender only because their friends did, according to the study.

“Parents also report that their children exhibited an increase in social media/internet use prior to disclosure of a transgender identity,” Littman wrote.

She surveyed 250 parents of children who suddenly developed gender dysphoria and found that “21 percent of parents reported their child had one or more friends become transgender-identified at around the same time,” according to the now-pulled Brown University press release.

Bess Marcus, dean of Brown’s School of Public Health, wrote in a statement that he had heard from university community members who argued the study “could be used to discredit efforts to support transgender youth and invalidate the perspectives of members of the transgender community.”

“[W]e believe firmly that it is also incumbent on public health researchers to listen to multiple perspectives and to recognise and articulate the limitations of their work,” Marcus wrote.

God will not tolerate children being deceived and abused this way. His return is imminent at which time His wrath is poured out on the unrepentant. Make sure you are in the centre of God’s will for your life right now, if you are unsure, get on your knees in prayer. Much of the denominational church is apostate, accepting the world’s take on transgenderism and gay marriage, so come out from them. Find a group of like minded believers and do church as in the Book of Acts. There are plenty of Home Church Groups you can connect with e.g wearechurch.com (Francis Chan) 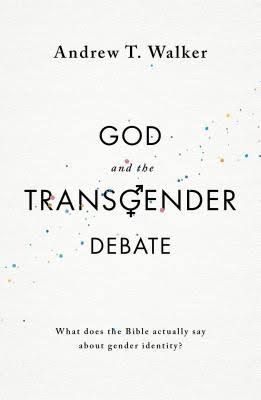 A former intelligence professional (‘programming’ expert), who is a historian of the Soviet Union, is warning that schools in America are starting to embrace a propaganda operation designed to squash thought and demand allegiance to political correctness and gender ideology.

Speaking before attendees gathered at the Family Research Council office in Washington, D.C., on Tuesday, Stella Morabito, senior contributor to The Federalist, unpacked both the content and processes of a group called CASEL, the Collaborative for Academic, Social, and Emotional Learning (SEL).

“Social and emotional learning,” she explained, is becoming all the rage in the public education policy realm and if left unchecked it will result in a monolithic, nationalised mandate demanding conformity to the politically correct dogma of the day. In other words, it is a massive state-sponsored propaganda operation intended to isolate and control people, including kids, about how to feel and relate to people.

During her presentation, Morabito showed video footage of CASEL advocates and experts opining about why this kind of education is needed. They say it is because it is the only way children will acquire “life skills” and children, who are bound to become “self-directed,” are “crying out” for this, noting that data show that approximately 40 percent are “chronically disengaged” in school. CASEL’s  curriculum is being implemented in certain places in the U.S, especially in urban areas.

“Both the content and process of CASEL are statist in nature … think of it as Groupthink 10.0: We’re the government and we’re here to help. The net effect is to build a collective mindset,” Morabito explained.

The CASEL video also explains how educators “need the whole child,” and the academic content in any subject is now a “commodity” and is less important than SEL instruction since kids can access the internet for such knowledge. CASEL aims to “mobilise” this curriculum — where the dominant emphasis is kids being taught to be self-aware, how to regulate their emotions, build relationship skills, and demonstrate responsible decision-making in their schools and communities — to get it into every school in the nation.

One of the board members of CASEL is Linda Darling-Hammond, who was domestic terrorist Bill Ayers’ choice to be President Obama’s Secretary of Education. Morabito mentioned that CASEL has several partners whose pet agendas include everything from  social and economic globalism to transgenderism. Much of this radicalism comes out of Chicago, she noted.

She went on to say that she believes there are some decent people who have fallen into the trap of utopian thinking, which by nature is always collectivist. Utopian thinking disregards the individual to build a predictable, mechanical world that demands mass control over everyone’s lives and relationships, essentially programming them down to what they can and cannot say.

Morabito took a brief detour to explain that the takeover of relationships begins with undermining the family, specifically marriage, and the groundwork for this has been laid for some time. She referenced the work of gender legal theorist Martha Fineman who argued that state recognition of the institution of marriage should be abolished. Fineman observed that once that happened “a lot more regulation (protection)” would occur once interactions between individuals within families were removed from behind the veil of privacy that now shields them. Those behaviours would then be “judged by standards established to regulate interactions among all members of society.”

But this collectivising of relationships where conformity to the regulations of the smallest minutiae is insisted upon actually diminishes relationships, Morabito argued. And a prime example of this is the growing presence of gender ideology and pronoun protocols.

Forcing people to use words and pronouns that do not correspond to their biological sex but of their choosing “destabilizes thought because it totally undermines the entire structure of our language,” her accompanying powerpoint presentation read. One language is overhauled, thoughtfulness and conversation is replaced with “conditioned emotional reflexes that creates a mob mentality not allowing for differences of thought.”

Most partners of CASEL reportedly promote regulating speech in such a way.

Power elites have always utilized propaganda through psychological manipulation to coerce the masses to bend to an agenda, and over time false premises, like the notion that “sex is assigned at birth,” slowly make their way into law, Morabito explained.

During Q&A, someone in the audience asked, half-jokingly: “Isn’t using the proper pronoun [of someone’s choice] just good manners?”

Morabito, getting the joke, smiled and replied, positing: “Well, my preferred pronouns are ‘I’ and ‘me.’ So I want you to refer to me every time you talk about me, Stella … use ‘I’ and ‘me.'”

“It’s not a matter of manners when you’re talking about the destabilisation of the entire structure of our means of communicating with each other, which are basic rules of grammar and syntax that aren’t supposed to be an infinite list — which is really what it is growing to be.”