George Barna, the lead researcher at the Cultural Research Center, explained in a statement. “’Christian’ has become somewhat of a generic term rather than a name that reflects a deep commitment to passionately pursuing and being like Jesus Christ.”

Of an estimated 176 million American adults who identify as Christian, just 6% or 15 million of them actually hold a biblical worldview, a new study from Arizona Christian University shows.

The study shows, in general, that while a majority of America’s self-identified Christians, including many who identify as evangelical, believe that God is all-powerful, all-knowing and is the Creator of the universe, more than half reject a number of biblical teachings and principles, including the existence of the Holy Spirit.

Strong majorities also errantly believe that all religious faiths are of equal value, people are basically good and that people can use acts of goodness to earn their way into Heaven. The study further showed that majorities don’t believe in moral absolutes; consider feelings, experience, or the input of friends and family as their most trusted sources of moral guidance; and say that having faith matters more than which faith you pursue.

One of the most disturbing results was that most adult US Christians don’t believe Holy Spirit is real. Some 62% of self-identified born-again Christians contend that the Holy Spirit is not a real, living being but is merely a symbol of God’s power, presence or purity. These people obviously do not believe the Bible is God’s Word because it reveals that unless a person is born again with the Holy Spirit, Jesus will say to them on judgement day “depart from me I do not know you”. Jesus told the disciples the Parable of the Ten Virgins to show us what the church will be like in the last days before His return. All were asleep when He came and half were not born again.

“Then the kingdom of heaven will be like ten virgins who took their lamps and went to meet the bridegroom. Five of them were foolish, and five were wise... the bridegroom came, and those who were ready went in with him to the marriage feast, and the door was shut. Afterward the other virgins came also, saying, Lord, lord, open to us.’ But he answered, ‘Truly, I say to you, I do not know you.’” Matthew 25:1-12

With most of the denominational churches in the USA accepting gay marriage and transgender priests it is obvious that these Cultural Research Center figures are an accurate depiction of the church and fits with the Bible’s prophesied apostasy in the last days.

Then in the 1963 Murray v. Curlett case, the Supreme Court expanded on its 1962 decision to ban mandatory Bible readings in schools, thus finishing the government’s drive to remove the Christian faith from the nation’s education system.

The Supreme Court ruled on Friday that the US Constitution provides same-sex couples the right to marry in a historic triumph for the American gay rights movement.

The court ruled 5-4 that the Constitution’s guarantees of due process and equal protection under the law mean that states cannot ban same-sex marriages. With the ruling, gay marriage will become legal in all 50 states.

Like marriage and like existence, the rainbow is a sacred vessel. Hence on that day in June, the sign given by God, the rainbow, was likewise taken from its sacred purpose and became a vessel lifted against the sacred and against the purposes of heaven. Also, it was not only the Supreme Court that sanctioned the change; it was the king . . . the president. Final evidence the nation is at war with God.

“As with ancient Israel, the nation that turns from God will always turn to the gods, to idols. The images of the gods will appear in the land. It was not that they were worshipping the image. It was that the image was a manifestation, the sign of a nation that had turned away from God and was now serving the gods, the names of which it would never utter. Do you know what day the image appeared?” It was a Sabbath day and the word appointed to be read that day was:

It was the warning of God against idols, against the worship of false gods, and the making of their images. And it was appointed for that very day of the image.

The polls (Pew Research) tell us that both Protestantism and Catholicism are experiencing losses of population share. Currently, 43% of U.S. adults identify with Protestantism, down from 51% in 2009. And 1 in 5 adults (20%) are Catholic, down from 23% in 2009

Putting Millennials to one side, one reasonable explanation for the numerical decline in the older generations is that formerly nominal Christians no longer identify as Christians at all. In other words, it is those who rarely attended church in the past and who had no real relationship with God who are now identifying as “nones.”

Could it be as simple as this? Churches that no longer hold to the authority of Scripture, along with those that have the form of religion without the substance, are in decline, while those that seek to preach and live a vibrant faith are growing and even attracting the younger generations.

Typically, churches that minister successfully to Millennial’s directly tackle the creation versus evolution issue. There is no excuse now, as the scientific evidence is overwhelmingly in favour of intelligent design. Ministries such as Creation Ministries can provide all the necessary resources. Simply go to http://www.creation.com.

Yes! There are plenty of churches that are thriving and growing precisely because they are preaching a biblical message and precisely because people are encountering the risen Savior. Jesus is being exalted, and as a result, both the saved and the lost come flocking. People are drawn to what is real, alive, and where God’s power is displayed. 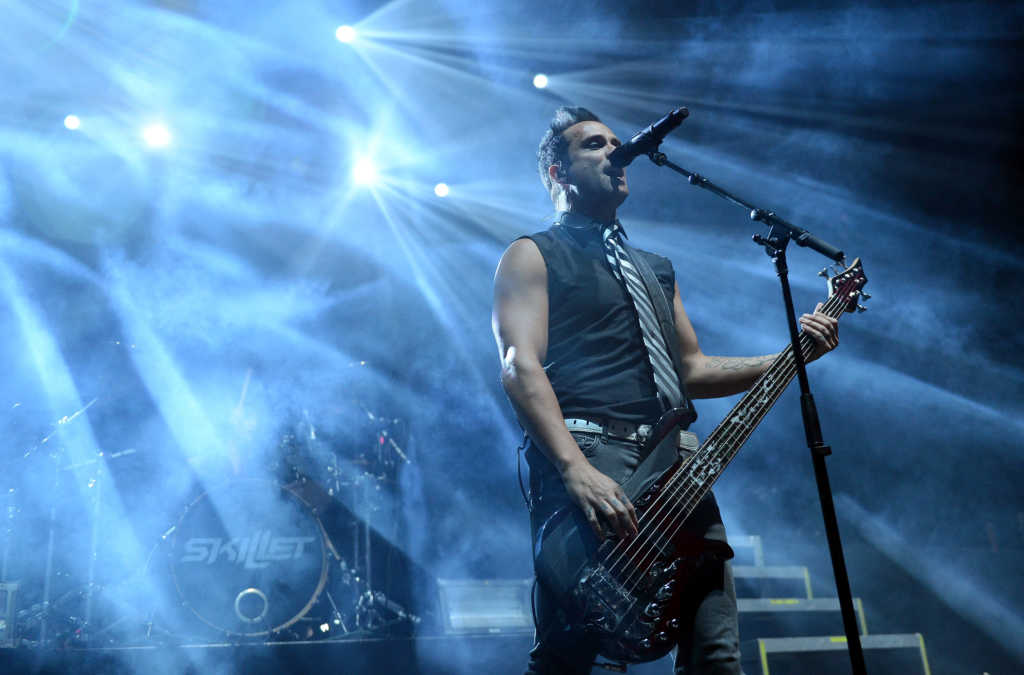 John Cooper, from the popular Christian band Skillet  wrote a lengthy (and scathing) post on Facebook offering some fierce push-back on some of the complaints made by these two apostates:

“I have a few specific thoughts and rebuttals to statements made by recently disavowed church influencers…first of all, I am stunned that the seemingly most important thing for these leaders who have lost their faith is to make such a bold new stance. Basically saying, “I’ve been living and preaching boldly something for 20 years and led generations of people with my teachings and now I no longer believe it… therefore I’m going to boldly and loudly tell people it was all wrong while I boldly and loudly lead people in to my next truth.” I’m perplexed why they aren’t embarrassed?”

A very strong observation, as many who critique the Christian faith enjoy throwing arrows yet leave the inadequacies and folly of their own worldview conveniently unaddressed. Why should someone believe this wavering person, especially when they are entering into a worldview that has no worthy justifications to explain virtually anything we currently experience in life?

I’ll fast forward to the crown jewel of the post, in which Cooper responds brilliantly to some of the (frequently asked/answered) questions raised by the Hillsong worship leader, who claimed these were issues the church “never talks about.”

“Thirdly, there is a common thread running through these leaders/influencers that basically says that “no one else is talking about the REAL stuff.” This is just flatly false. I just read today in a renown worship leader’s statement, “How could a God of love send people to hell? No one talks about it.” As if he is the first person to ask this? Brother, you are not that unique. The church has wrestled with this for 1500 years. Literally. everybody talks about it. Children talk about it in Sunday school. There’s like a billion books written on the topic. Just because you don’t get the answer you want doesn’t mean that we are unwilling to wrestle with it. We wrestle with scripture until we are transformed by the renewing of our minds.

It is time for the church to rediscover the preeminence of the inerrant Word of God. And to value the teaching of the Word. We need to value truth over feeling. Truth over emotion. And what we are seeing now is the result of the church raising up influencers who did not supremely value truth who have led a generation who also do not believe in the supremacy of truth. And now those disavowed leaders are proudly still leading and influencing boldly AWAY from the truth.

Is it any wonder that some of our disavowed Christian leaders are letting go of the absolute truth of the Bible and subsequently their lives are falling apart? Further and further they are sinking in the sea all the while shouting “now I’ve found the truth! Follow me!!” Brothers and sisters in the faith all around the world, pastors, teachers, worship leaders, influencers… I implore you, please, please in your search for relevancy for the gospel, let us NOT find creative ways to shape Gods word into the image of our culture by stifling inconvenient truths. But rather let us hold on even tighter to the anchor of the living Word of God. For He changes NOT. “The grass withers and the flowers fade away, but the word of our God stands forever” (Isaiah 40:8)

Amen and amen! Beautifully said by Cooper all the way around. If you check out the full post you’ll also be treated to his astute yet often looked observation that these leaders backing away from the faith say we just need to love people — yet by removing God you remove all justification and reason to even bother loving people in the first place! Everything becomes relative without Him, and Cooper does a nice job of fleshing this idea out.

From article in Faith Wire by Managing Editor, Dan Andros