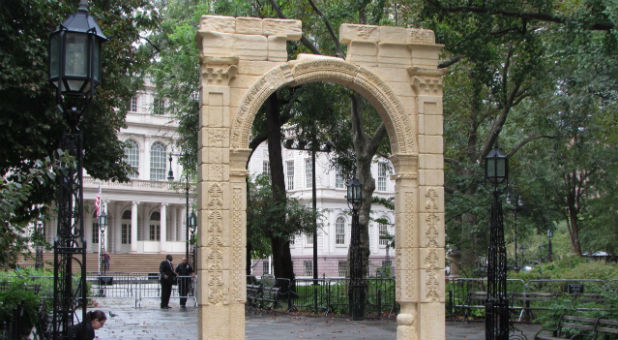 Rabbi Jonathan Cahn was standing in the crowd when “the harbinger of Baal” was unveiled, and he posted a video of the unveiling on YouTube.

Israel’s defiance of God was linked to a specific entity – the god Baal. Baal was the god to whom they sacrificed their children (abortion), before whom they practised sexual immorality and called good “evil” and evil “good.” Baal was the god in whose name Israel persecuted the prophets and the righteous of their day.

In the last days of Israel, when the harbingers appeared, they appeared in a land covered with the images of Baal. It was the worship of Baal that ultimately brought about the harbingers of judgement. Thus Baal was the god of the harbingers.

GOD WILL RAISE UP THE ELIJAH’S FOR OUR DAY. WILL YOU BE ONE OF THEM?