In a few days, we will be celebrating the Feast of Trumpets, and Jews—along with a growing number of Christians—will gather together to observe this biblical holy day.

On Rosh HaShanah, a prayer called Avinu Malkeinu (Our Father Our King) is recited. Yet His Kingship is relegated only to the His ability to forgive His people. He is much more than a forgiver; He is a redeemer and deliverer. He is strong in mighty and strong in battle. This shofar blast is not simply to call us to repentance. It is to remind us of why we are called to repentance. It is a reminder of what comes after repentance: victory.

Defeat is swallowed up by victory. This, in essence, is what the sound of the shofar should do for those hearing it.

For Israel, the King is coming with His army (Saints) to bring total victory against their enemy. Every year when the shofar blasts on Rosh HaShanah, their hearts are reminded that with every year that passes, the King riding upon His white horse is getting closer and closer and one day soon they will hear the Great Shofar sound and the enemy will be vanquished.

For Christians, we are reminded that our King will appear with His angels in the clouds to gather the elect at the Rapture. We also get to ride with our King, to deliver Israel, and defeat the enemy. For both Israel and Christians, Rosh HaShanah is not intended to remind us of our defeats; it is intended to keep us watching for His deliverance as we are set free. 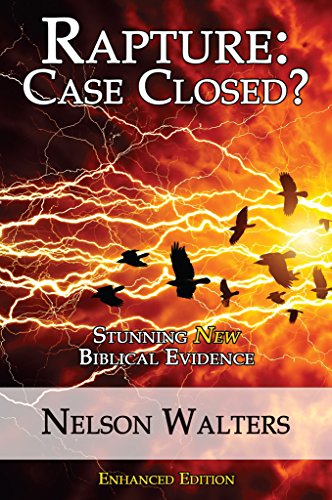 Let me give a plug for Dr Nelson Walters book Rapture case Closed? It does a great job of revealing when the Rapture will take place.

A special edition of this book has just been sent free to a thousand Christian leaders in the USA in an effort to alert the church to coming prophesied tribulation.

Yes! Christians will be on earth during the tribulation and will see the Antichrist. Get the book, you will be glad you did.

One thought on “FOR CHRISTIANS & JEWS, VICTORY IS NOT TOO DISTANT”