One Day with YHWH is as a Thousand Years
“But, beloved, be not ignorant of this one thing, that one day is with the Lord as a thousand years, and a thousand years as one day.” 2 Peter 3:8

Peter’s statement of “one day is with the Lord as a thousand years, and a thousand years as one day” is sandwiched between the scoffers’ question of “where is the promise of his coming” and Peter’s reassurance that “the Lord is not slack concerning his promise” but rather He is “long suffering to us-ward”. 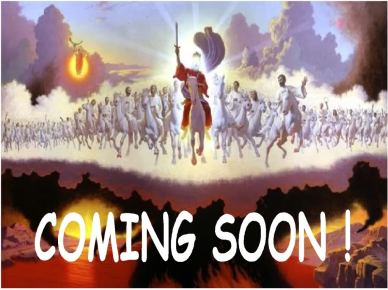 In other words, YHWH’s delay in coming to restore his people is due to His love towards the Jewish people and His unwillingness that any of those called should perish.

As you can see from this context, It’s unlikely that Peter believed in the immanency of Christ’s return. He understood, that the period of time between Yeshua’s first and second coming was a period of time during which YHWH’s long suffering purpose was worked out toward the Jewish people as well as the gentiles.

Do you see, Peter’s statement here is not an enigma nor is it some metaphysical statement about the relativity of time? It is a clear statement to the Jewish people, a statement that Peter unequivocally states that they should not be “ignorant” of.

The reason they should not be ignorant of this statement is because, it comes from one of their  most important prophetic books (in the Bible) which speaks to the Jewish people’s restoration. That book was the book of Hosea and as we have already seen, both Peter and Paul referenced it when discussing the current status of the Jewish people and their promised restoration. Further, this period was linked to the “two days” of Hosea and his people’s promised restoration.

I have chosen just a few verses but read all chapters 5 and 6.

“Ephraim shall be desolate in the day of rebuke;
Among the tribes of Israel I make known what is sure.
“The princes of Judah are like those who remove a landmark;
I will pour out My wrath on them like water.
Ephraim is oppressed and broken in judgment,
Because he willingly walked by human precept.
Therefore I will be to Ephraim like a moth,
And to the house of Judah like rottenness. Hosea 5:9-12

A Call to Repentance Chapter 6

Come, and let us return to the Lord;
For He has torn, but He will heal us;
He has stricken, but He will bind us up.
After two days He will revive us;
On the third day He will raise us up,
That we may live in His sight.
Let us know,
Let us pursue the knowledge of the Lord.
His going forth is established as the morning;
He will come to us like the rain,
Like the latter and former rain to the earth.Hosea 6:1-3

Some will try to set dates based upon this information, but frankly that is not possible or fruitful. Peter’s allusion to two days of Hosea provides no basis for us to calculate the day, hour, or frankly even the year of Yeshua’s return. The prophecy of Hosea simply states that Israel will be revived on “the third day”. When on the third day is conjecture.

It is enough for us to understand that we are living at the very end of the “two days” since Yeshua’s death and resurrection. That we have had the awesome privilege to witness the “dry bones” of Ezekiel 37 coming back together as the final century of those “two days” of Hosea runs its course.

Also. the dispersion and regathering of Israel has an amazing symbolic parallel to the death and resurrection of Yeshua. What happens to Israel’s king happens to Israel. As Yeshua was killed by the Romans and His soul left His body for two days, so was the people of Israel exiled out of their land for two thousand years. As Yeshua returned into His body after two days to be resurrected, so has the people returned to their land to be restored after two millennia.

As Yeshua’s return draws near, let’s intercede with YHWH on behalf of the Jewish people who have not yet turned their hearts towards Yeshua. Now is the time to be looking up, for our Salvation of Yahweh – our Yeshua draws near.

Post used information from William Struse’s article, “Did the apostle Peter believe in the imminence of Christ’s return.” http://www.the13thinnumeration.com