Are we headed towards high noon for democracy?

This article by Henry Ergas AO, suggests to me that the stage is being set for the prophesied Satanically empowered leader to emerge on the world stage. Ergas is an economist who spent many years at the OECD in Paris before returning to Australia. He has taught at a number of universities, including Harvard 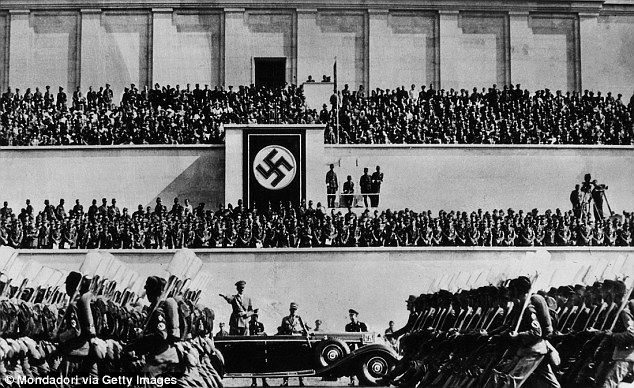 “In 1923, as the Weimar Republic struggled with chaos, the German polymath Carl Schmitt wrote a short but enormously influential book, The Crisis of Parliamentary Democracy.

With the US government plunged into a shutdown that only a presidential declaration of a state of emergency is likely to end, and Britain in a crisis that seems ­irresolvable, Schmitt’s warnings cannot simply be ­dismissed.

The notion of “liberal democracy”, he ­argued, was fundamentally ill-conceived. Liberalism and democracy had certainly been allies in the battle to rein in the power of monarchs. But that accomplished, the tensions between them had burst to the surface and would inevitably worsen as societies ­developed.

Liberal institutions — parliamentarianism, the rule of law, the separation of powers — existed to temper the democratic impulse, channelling it into an “endless conversation” that readily led to dead-ends. However, whenever they gathered explosive force, the pressures of democracy — the brute, often inchoate, expression of the popular will — were not so easily corralled.

As liberalism collided with the popular will, one had to overwhelm the other, hurtling the system towards “the state of exception” — that is, the suspension of business-as-usual. And, as Schmitt put it in another famous work, Political Theology, when the chips are down, “sovereign is he who decides on the exception”.

In other words, the ultimate ruler in any political system is the actor who, once consensus has worn so thin as to make the system unworkable, can impose an outcome by invoking emergency powers.

With the conflict between liberalism and democracy growing ever starker, Schmitt ­argued, we would enter an age of states of emergency, eroding liberalism’s foundations.

As Clinton Rossiter, the foremost American scholar of the emergency powers, concluded many decades ago, emergency powers are “an inevitable and dangerous thing” that have never been invoked to address domestic discord “without permanent alteration in the governmental scheme, always in the direction of an aggrandisement of the power of the state”.

Yet for all those limitations, it is clear that declaring an emergency offers Trump a way out. There is, however, a fundamental ­question as to whether Theresa May has any such options.

Schmitt thought May’s predicament would become increasingly common. And the only outcome that could follow, he ­argued, was for the state of emergency to ­become the norm: one way or the other, the exception had to become the rule, permitting government to continue functioning. With liberal constitutionalism’s twin ancestral homes both in dire straits, Schmitt’s time may finally have arrived.