It’s difficult to understand what’s so offensive about the scientifically accurate statement that an unborn baby has a heartbeat 22 days from conception. There’s no mention of abortion, no gruesome images or condemnation of any kind. 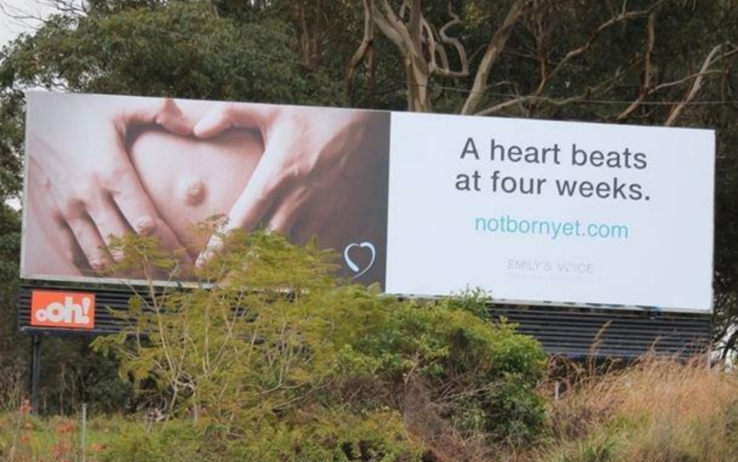 Abortion is such a protected and revered procedure, that any attempt to open discussion in a sensitive and creative manner, or provide information to encourage women to continue an unplanned pregnancy is met with swift and ferocious opposition.

The abortion zealots do not care about high-profile women coerced into abortion such as Miss X and Jaya Taki, or the many others who regret their abortions, felt they were pressured into the procedure by doctors, abortion providers and culture, such as Madeleine and Stacey.

Is their greatest fear a woman may question whether her abortion was an informed choice, or that women may continue an unexpected pregnancy and experience unexpected joy?

They simply ignore the dozens of stories on notbornyet.com and in books about abortion coercion and medical eugenics such as Defiant Birth and Giving Sorrow Words by Australian author and women’s advocate Melinda Tankard Reist.

NSW is already suffering severe drought. Sadly, the NSW government has no fear of God and is oblivious to the fact that The Reproductive Healthcare Reform Bill 2019 about to be approved by this parliament will bring the State under further judgement by almighty God.