America is in the midst of a suicide epidemic, reflecting deeper problems that go beyond mental illness. Youth suicide has increased 56% in the last decade.

Suicide and homicide rates have increased in recent years among young people in the U.S., according to a new federal report. The suicide rate among people ages 10 to 24 years old climbed 56% between 2007 and 2017, according to the report from the Centers for Disease Control and Prevention. 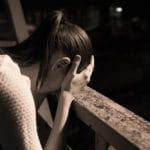 Despite concern over the rising suicide rates, researchers aren’t sure of the exact causes. A rise in depression among adolescents, drug use, stress and access to firearms might all be contributing factors, experts say.

Some mental-health experts suggest that social-media use among teens might be fuelling the increase in mental-health conditions and leading to greater suicide risk, and some early studies have linked smartphone use to anxiety, depression and sleep deprivation among adolescents. The recent visibility of suicide in the media and online might also increase suicide death rates, experts say.

The reality is our culture denies that life has any transcendent meaning, or that God has sovereignty over life, so we can’t be shocked when people take that message to heart. Hope is the opposite of despair. If anything, the latest data reflect a nation in desperate need, not for escape, but the hope that is only found in Jesus Christ.

Christians find a message of eternal hope in the person of Jesus Christ, and the Bible is filled with verses that describe the hope we have in God.

Billy Graham’s daughter, Anne Lotz Graham described how her Christian faith has been an asset in her efforts to help those seeking peace, hope, and relief amid feelings of despair.

“My Christian faith in the foundation of my counselling theory and approach,” she told Faithwire. “Even though I work in a non-Christian treatment facility, I strongly believe that I am in a position to show acceptance, patience, and care to my clients in a way that hopefully helps them feel safe enough to work on their core emotional challenges.”