The “lungs of the planet” are burning. Smoke is reaching cities 2,000 miles away. As thousands of fiery infernos rage across the Amazon rain forest, tropical vegetation, trees, and the fauna they house are being razed. Since August 15, more than 9,500 new forest fires have started across Brazil, primarily in the Amazon basin. This year so far, scientists have recorded more than 74,000 fires in Brazil. That’s nearly double 2018’s total of about 40,000 fires. The surge marks an 83% increase in wildfires over the same period of 2018, Brazil’s National Institute for Space Research reported. 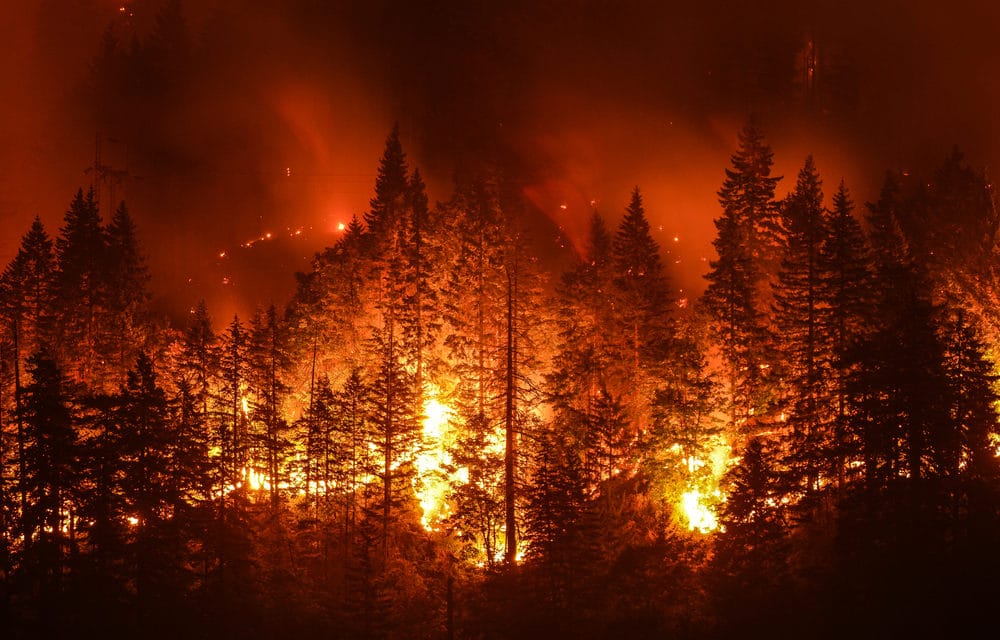 The largest state in Brazil, Amazonas, declared a state of emergency on Monday. Already, 2019 has the highest number of fires observed in a single year since researchers began keeping track in 2013 — and there are still four months to go. As the world’s largest rain forest, the Amazon plays a crucial role in keeping our planet’s carbon-dioxide levels in check. Plants and trees take in carbon dioxide and release oxygen back into the air in their process of photosynthesis. This is why the Amazon, which covers 2.1 million square miles, is often referred to as the “lungs of the planet”: The forest produces 20% of the oxygen in our planet’s atmosphere.

In total, the blazes have created a layer of smoke estimated to be 1.2 million square miles wide. This image from the European Union’s Copernicus Satellite shows the smoke slicing north to south through Brazil like a knife.

This week of fires comes on the heels of another worrisome milestone for the world’s largest rain forest. The month of July set a new record for the most deforestation ever in the Amazon in a single month, The Guardian reported. The Amazon shrunk by 519 square miles (1,345 square kilometers). That’s more than twice the area of Tokyo.

Data from Brazilian satellites indicated that about three football fields’ worth of Amazonian trees fell every minute last month. The total deforested area in July was up 39% from the same month last year.

On Tuesday, when Reuters reporters asked President Bolsonaro about the record rate of uncontrolled fires in Brazil, he pointed to the fact that it’s a time of year when farmers purposefully use fire to clear land – a seasonal cycle called “queimada.”

“I used to be called Captain Chainsaw. Now I am Nero, setting the Amazon aflame,” Bolsonaro said.

Hot and dry conditions in the Northern Hemisphere are a consequence of unprecedented warming. That’s because warming leads winter snow cover to melt earlier, and hotter air sucks away the moisture from trees and soil. Decreased rainfall also makes for parched forests that are prone to burning.

Combined, that has created ideal conditions for wildfires in Brazil and elsewhere around the world.

As of today, parts of British Columbia, Canada, and Alaska are also burning, while more than 13.5 million acres of Siberia are ablaze too.