The original creation, which was declared by God to be “very good” (Genesis 1:31), did not contain such aberrations as death and suffering. Evolution claims, without any mechanism that could accomplish it, goo turned into you as a result of natural selection, survival of the fittest and therefore death, suffering and disease. Mutations don’t help, as they involve loss of DNA information not an increase, which is what would be needed to go from goo to you by way of the zoo. 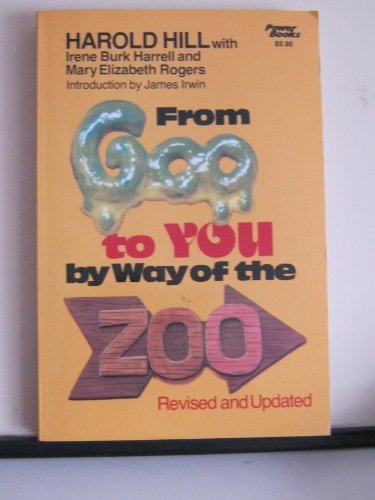 The Bible provides the true reason for death, suffering and disease, the historical event of “The Fall” caused sin and death to enter and corrupt the created order (Romans 8:20–22). This can only be true within a ‘young-Earth’ framework.

Sadly, many Christian apologists who accept the evolutionary long-age paradigm of earth history are unaware of the massive inconsistency. Old-Earth belief directly undercuts the biblical defence against objections posed by death and suffering. The secular paradigm is built upon ‘dating’ methods and assumptions which place death, suffering, disease, cancer and carnivorous activity long before the Fall of man. Thus, pointing to the Fall as the terminus a quo2 for death and suffering is logically inconsistent, and many thoughtful sceptics have picked up on this.

Here is a typical sceptic question: “ … knowing the world as we see today, if extrapolating back millions of years, we have millions of years of death (as the engine of evolution), suffering, cancers, parasites and diseases. How is all that equated for if “The Fall” is responsible for it?”

The point made is that you cannot use “The Fall” as a response to why we have death and suffering if you also accept the evolutionary time scale, because they contradict each other! If you want to accept the old-earth view then you must acknowledge the history that goes with it, i.e. millions of years of death, disease and bloodshed before the Fall. But once you accept that, you have no option but to say that God did in fact create these things and even pronounced them “very good” (Genesis 1:31).

Long age Christian apologists will invariably say, “the effects of “The Fall” are a spiritual issue rather than a physical one”. And yet, the description of the effects of the Fall clearly includes physical elements: the serpent is cursed above all livestock, women will experience unpleasant pain in childbirth, the ground is cursed and will bring forth thorns and thistles, and growing food will be a laborious task (Genesis 3:14–19). Also, and most importantly, man was to die a physical death; ‘dust to dust’ (v.19). These unquestionably are physical changes.

The age of the earth is not a secondary, peripheral issue, related only to the creation-evolution debate. It is absolutely pivotal in determining how we answer fundamental questions relating to death and suffering. If we are inconsistent, astute sceptics will pick up on it. It also demonstrates the irrational fear that so many Christian apologists have over the age issue, causing them to repeatedly make these types of contradictory statements. This fear seems to be driven by the incorrect assumption that deep time has been irrefutably demonstrated. However, such an assumption is unwarranted given the abundant evidence available today that the deep time paradigm is flawed.

The solution really is quite simple: rather than trying to invent different explanatory models or interpretations of Genesis that can accommodate millions of years, we need to realise that the Bible can and should be taken at face value. Its explanation for the origin of suffering and death needs no alteration and the problem only appears when secular evolutionary assumptions are imported into our theology (see Plumbing and paradigms). It is those compromising assumptions that need to be thrown out! Only then can we present the biblical explanation of death and suffering without contradictions.

Excerpts from another great Creation Ministries article by Thomas Fretwell, “Christian apologists trip over the age of the earth … again“